On March 21, an asteroid with a diameter of almost 2 kilometers will approach the Earth 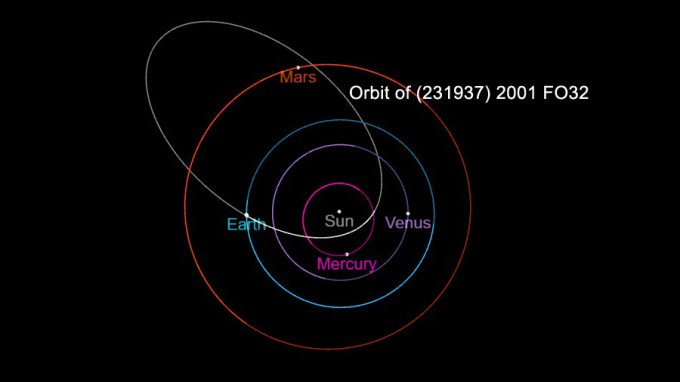 On March 21, a massive asteroid flies over the Earth. We have known about this space rock, almost 2 km wide, for almost 20 years, and scientists are waiting for its approach, since it is the largest and fastest among all known asteroids in all of 2021.

At 1.1 kilometers wide, it is the largest known asteroid to fly past us this year. According to astronomical data, its width can reach 1.7 km.

Discovered on March 23, 2001 (231937) 2001, FO32 is classified as the asteroid Apollo. Orbiting the Sun approximately every 810 days, it travels from inside Mercury’s orbit to the asteroid belt and back. This path means that it crosses the Earth’s orbit. However, when this happens, sometimes we are on the other side of the sun, and sometimes we are closer.

Despite its size and speed, (231937) 2001 FO32 poses no threat to Earth. When the asteroid passes on the 21st, the distance to it is over 2 million kilometers. This is more than 5 times farther than the distance of the Moon in its orbit around the Earth.