On Mars, a global dust storm is raging 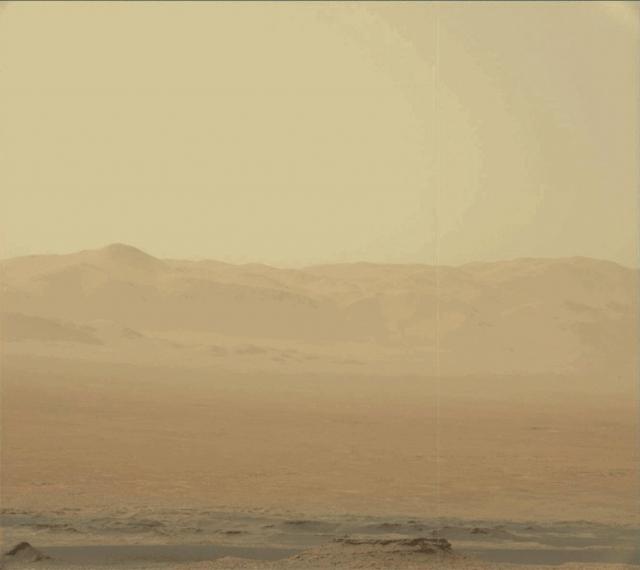 The Martian dust storm, which was recorded on the Red Planet two weeks ago, has already led to the termination of the Opportunity rover.

Scientists believed that the storm would not affect another Curiosity unit operating in the Gale crater. However, as it turned out, the dust storm is global and covers the whole of Mars. If Opportunity works at the expense of the energy received from the solar battery, then the Curiosity rover can function day and night, as it has a nuclear battery.

NASA published a picture taken by Curiosity, where the device is captured against a background of a Martian dust storm. In a photograph taken in Sol 2082, you can see how the storm hides the elevations in the distance of Gale in the distance.

According to NASA experts, the storm in the place where Curiosity is located on the weekend became stronger twice. Visibility due to the formed haze was 6-8 times less than usual in this season.

The last time the global dust storm on Mars occurred in 2007, 5 years before Curiosity landed on the planet.