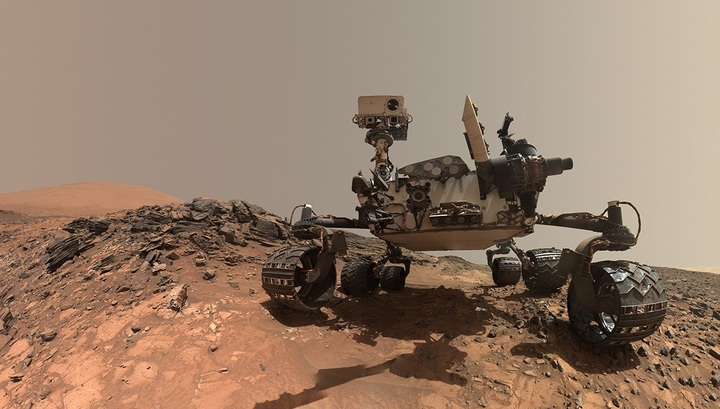 Early in the Martian morning, the camera of the rover surveyed the southern horizon and captured the clouds that ran across the sky.

To make the image more clear, Charissa Campbell of the University of York in Toronto overlaid all the images in each of the two series, creating an “average image”, and then subtracted it as a background from each individual image. Such processing emphasized the differences between the pictures from each other and highlighted the running clouds. Already at noon the sky over the apparatus was absolutely cloudless.

On a warm and humid earth, clouds are common. They are also found in other corners of the universe: on Venus, Jupiter, as well as exoplanets. But far from the Sun, the cold and dry Mars, the sky is almost always immaculately clear.

Usually the cloud of clouds appears near the equator of the planet (the Curiosity apparatus is located five degrees south of the equator), when it is as far from the Sun as possible. But the current “heavenly wanderers” appeared quite early – two months before the arrival of the Red Planet at this point of the orbit.

Scientists suggest that these clouds consist of ice crystals, like their counterparts in fairly high layers of the earth’s atmosphere. By the way, nine years ago, Phoenix Mars Lander also observed clouds in the Arctic regions of the Red Planet.