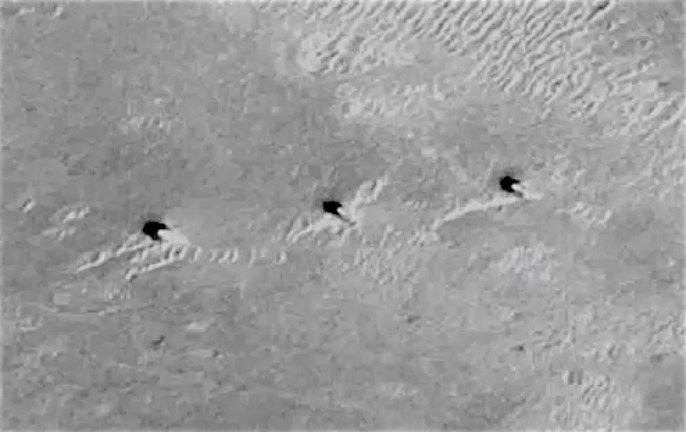 On Mars near the equator on the plateau of Meridian, one of the enthusiasts studying pictures from the red planet, discovered six enormous cone-shaped towers, the location and shape of which tells about their artificial origin.

A photograph which shows these towers, is Google Mars. The researcher compared the new photographs with older, stored in the archives of NASA and found that the Agency fills and makes the whole field of fuzzy photographs of the surface of the planet, and even moving pictures of places, making it impossible to determine the exact coordinates of places where there are mysterious structures.

On the NASA site, where photos taken by the automatic interplanetary station Mars reconnaissance Orbiter and the unmanned research station “Mars global surveyor”, is designed to study the surface of Mars, he found the images with very good resolution. It turned out that only since 2005, all of the pictures from Mars were painted in characteristic Mars color. 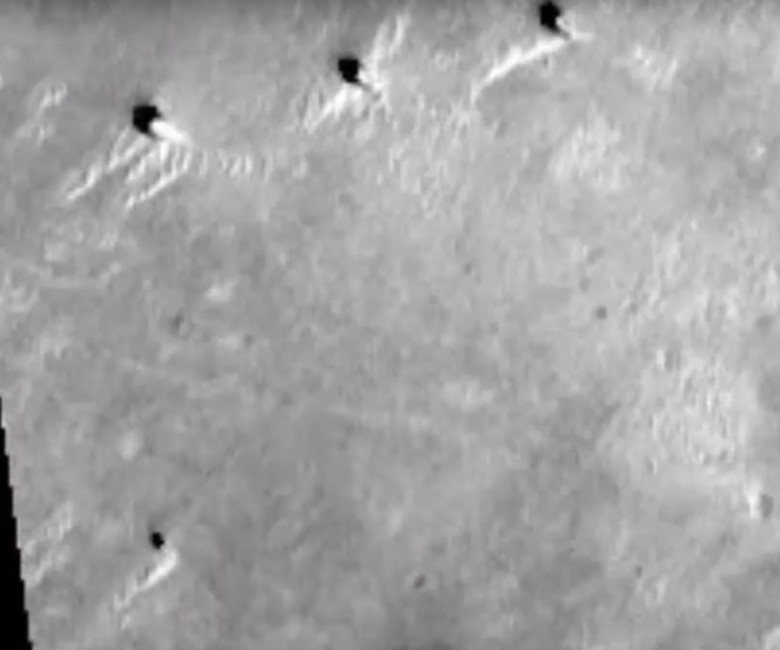 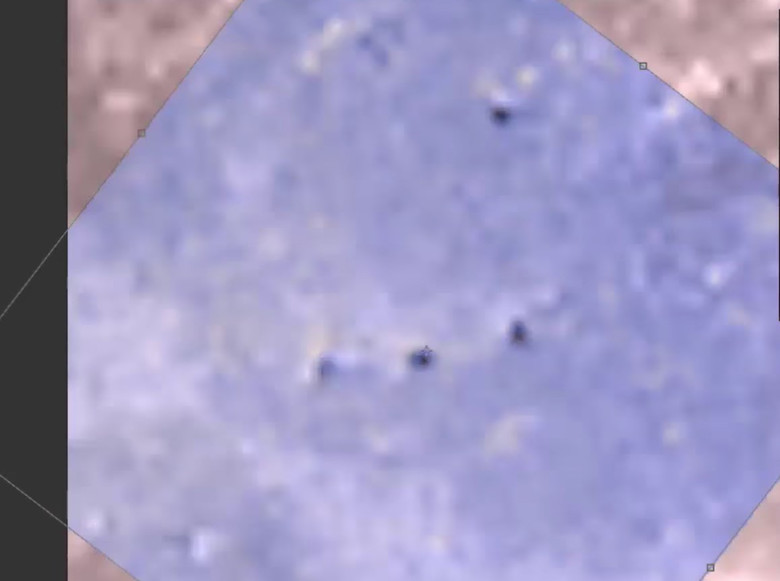 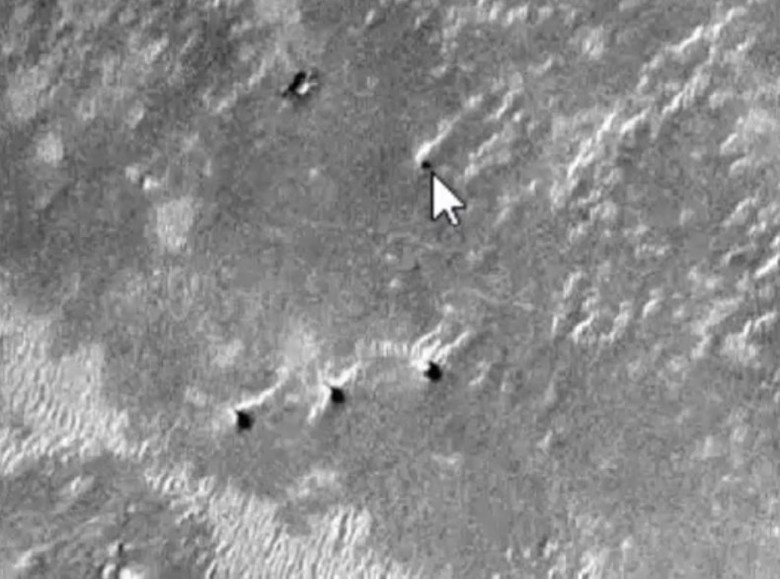 First, the researcher found 3 huge conical towers that resemble each other and are located in a line with equal distance between them. Continuing the study of the area, he found another 3 towers at right angles to the first three towers. Interestingly, a little further from facing a row of three towers, one located a little further and the same is near the second row of towers. If we impose one image to another, you can see that the location of both complexes of towers, almost identical.

All this confirms the fact that these six towers are of artificial origin. such coincidences just don’t happen.