On Mars found a dried tree

In the photograph sent to Earth by the rover “Curiosity”, there was a vertically standing object with a height of about 1 meter, like a tree stump.

The picture was taken on March 25, 2017. Opinions about this object are different, some think that it is the remnants of the real tree itself, others that this trunk is formed by lava, but also on the basis of the once standing tree. 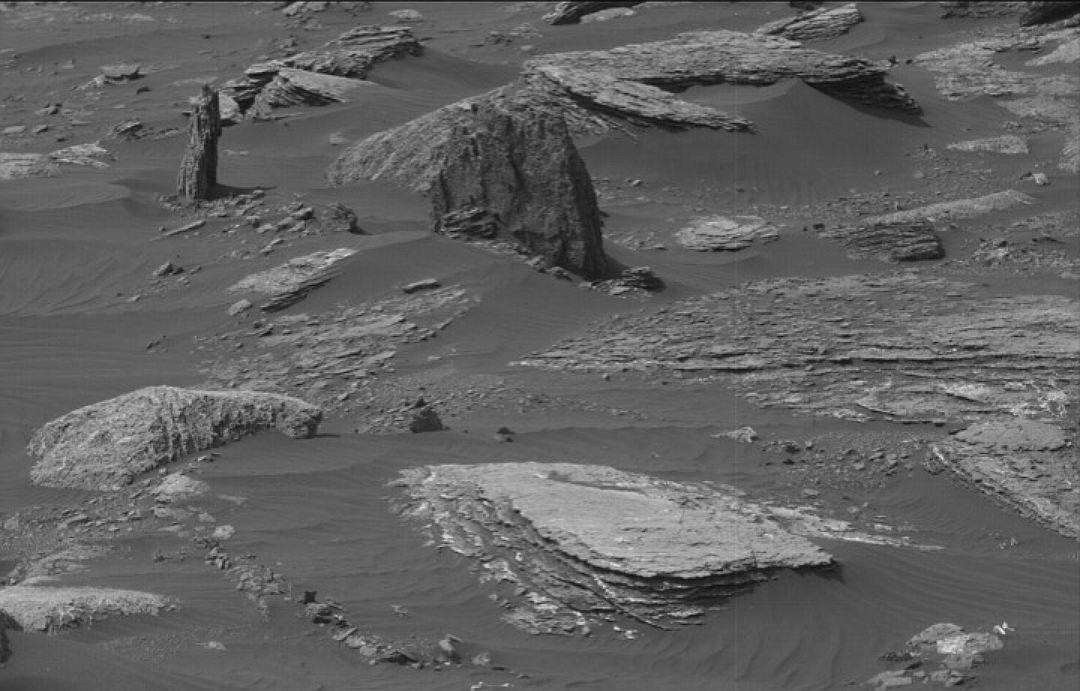 Virtual archaeologists consider the stump either petrified, or withered. It is possible, however, and the third option: the trunk is formed by lava. But not without the involvement of a once living tree.

On Earth, similar “lava trees” are on the Big Hawaiian Island, where in the jungle to the east of the Hawaiian Volcanic National Park are charred outside and hollow inside the trunks of trees. In 1790, during the eruption of the Kilauea volcano, the trees were in the path of a stream of hot lava and burned, but not immediately. Lava surrounded them, forming poles, repeating the contours of the tree. And froze.

On Mars in the past there was a lot of volcanic activity and could easily form lava trees, one of which miraculously survived.

It is worth noting that the rover Opportunity also sent pictures on which it was possible to see the remains of logs.