On Mars found an alien 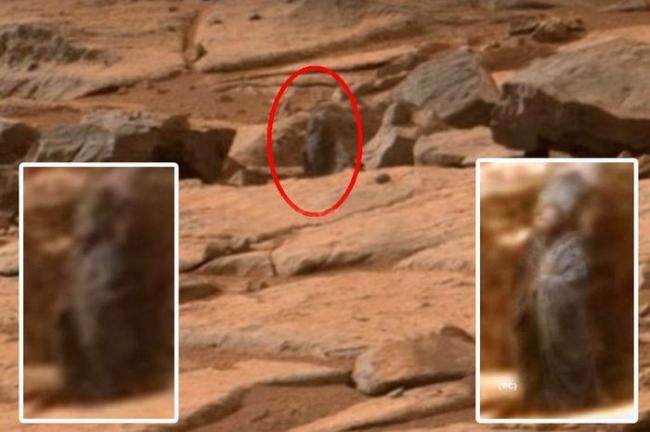 In the pictures sent to Earth by the rover “Curiosity”, virtual archaeologists discovered a man-made statue resembling a humanoid figure in a cloak and a pointed headdress.

This artifact was found in photographs from the area of the Martian Lake Gillespie. It’s hard to judge from the photo what it really is – just a game of light and shadow, a statue of a Martian indeed or it’s the Martian himself.