On Mars found an unusual education 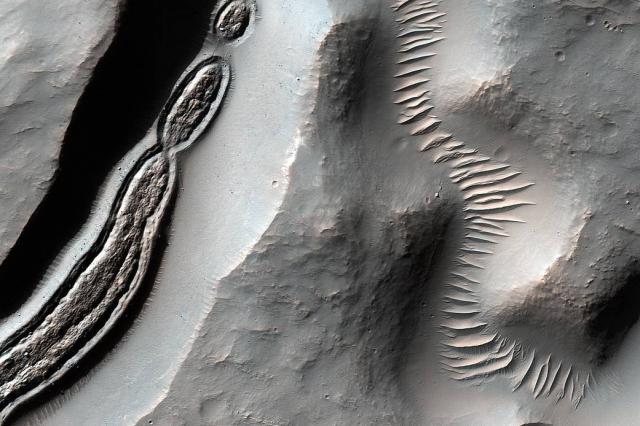 The NASA Mars Reconnaissance Orbiter received an image of an unusual formation on the surface of the Red Planet. On the fragment of the picture, a hollow in the form of a trough with a formation resembling an amoeba is seen. From it emanate channel-like channels. The image was taken by a CTX camera.

The gutter is located just to the north of the central peak of the crater, which is visible in the general picture.

At the bottom of the trough you can see strange furrows-waves. They are found, as a rule, in the middle latitudes, where the movements of glaciers were observed. Scientists can not explain the origin of these formations yet.

The fragment of the image on which the trough is imprinted has a scale of 50 cm per pixel. It distinguishes structures larger than 154 cm. 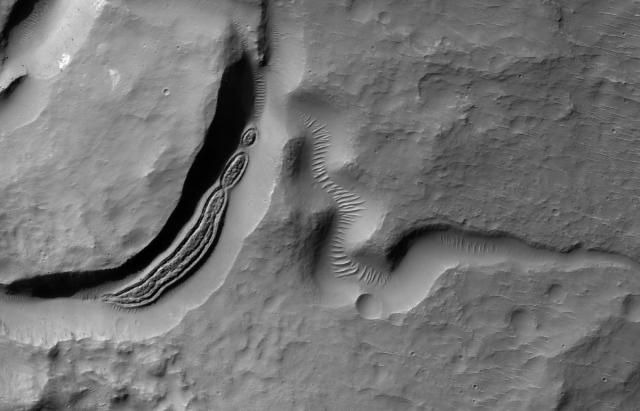 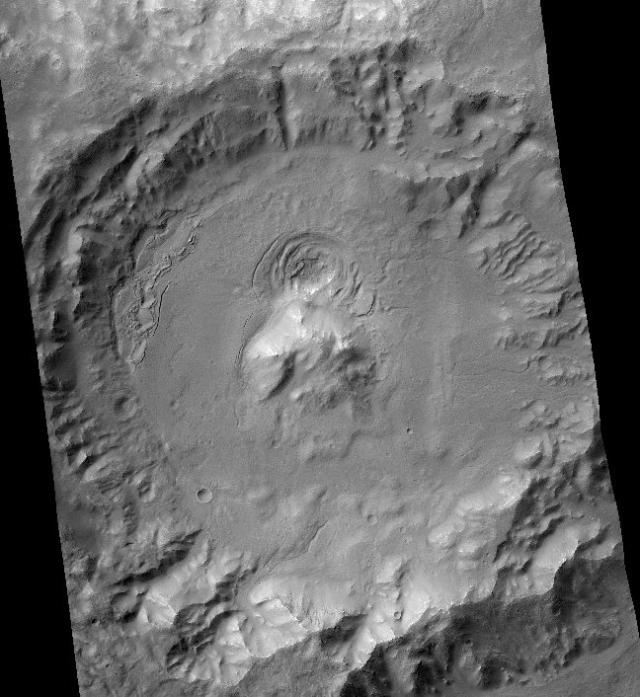