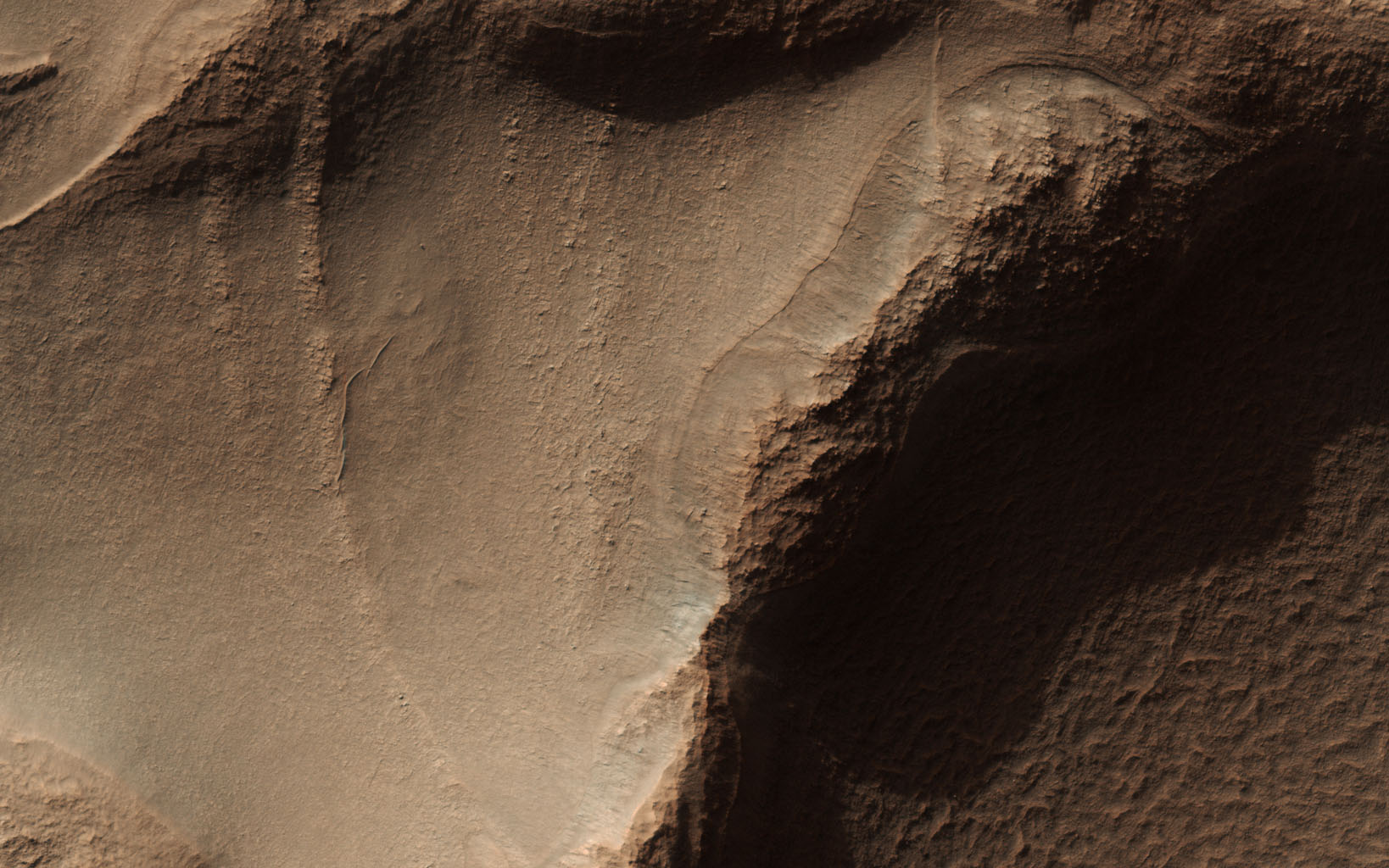 NASA’s Mars Reconnaissance Orbiter discovered unusual honeycomb structures on the surface of Mars. They were found in the northwest of the Plain of Hellas – one of the largest and deepest lowlands on Mars.

The size of a single cell is from 5 to 10 km. They resemble barkhans, which may indicate wind erosion. In the pictures on the bottom and walls of the honeycomb, the areas of the exposed rock were also revealed. In this they resemble dykes formed on the Earth as a result of volcanic activity.

The absence of large impact craters suggests that the landscape in this region has undergone changes recently due to some processes that may be active at the present time.

According to the scientists, such structures could have formed as a result of glacier movement, lake formation, volcanic activity, tectonic processes or erosion.