On Mars found the river pebbles 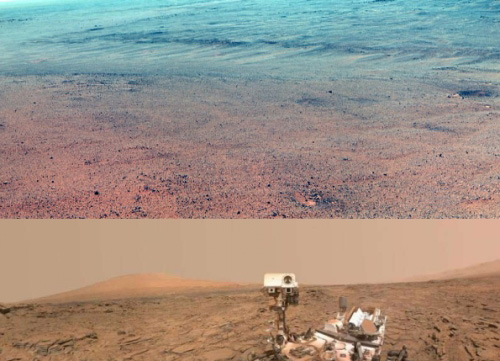 The Opportunity Rover on the edge of the Martian crater Endeavor discovered stones that were probably transported in ancient times by a strong river current. The corresponding photo is available on the NASA website.

The panoramic image presented by the agency is made up of images taken by the rover on June 3, 2017 and obtained by applying three light filters (infrared, green and violet). 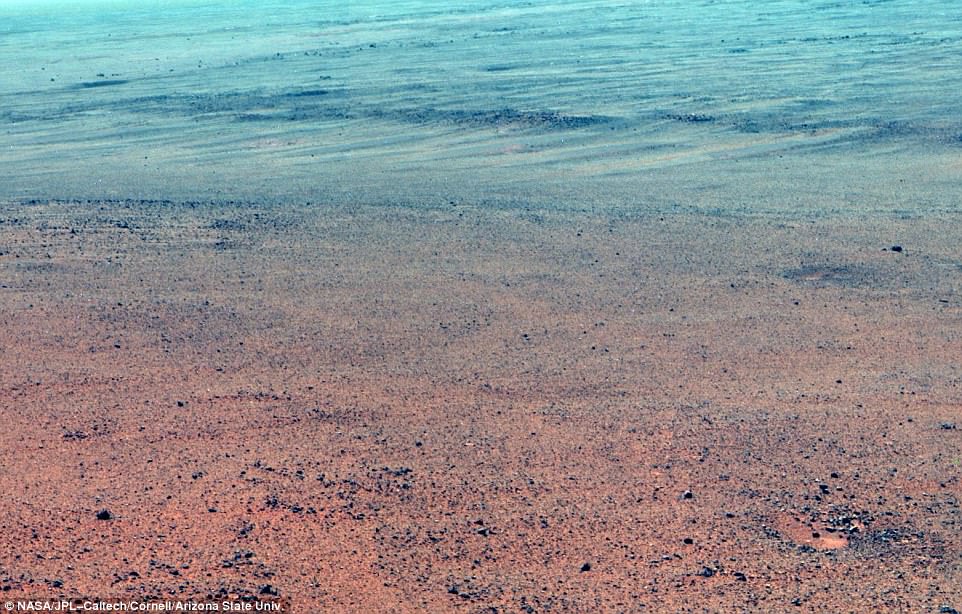 The mission of the rover is to determine if the rocks found in the crater have been carried over, or they have been immobile for a long time (that is, not exposed to water flows). Most experts believe that currently Opportunity is at the bottom of the river system that existed on the Red Planet more than a billion years ago. Opponents of this hypothesis believe that if the stones changed their position, it was not due to water, but from the wind.

NASA’s Opportunity Rover launched to Mars on July 7, 2003 with the help of the Delta II missile. On the planet the device was January 25, 2004. It was supposed that he would work on the surface of the Red Planet for 90 days, but he continues to function until now.

This is the second rover launched by NASA as part of the Mars Exploration Rover program. His management is engaged in the Jet Propulsion Laboratory in Pasadena. The main success of the mission is the discovery of fresh water on Mars.