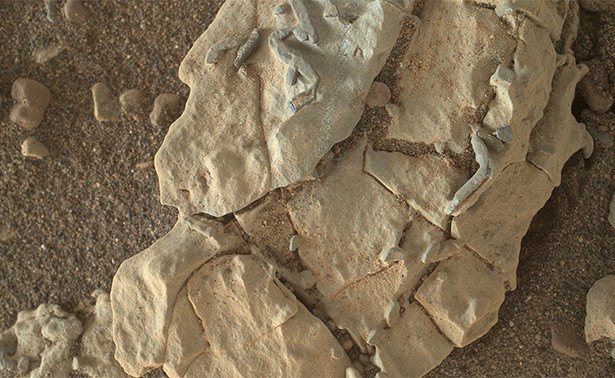 Agency NASA published on its page images taken by the rovers Curiosuty on the surface of the Red Planet. In the photographs, strange “rod-like” formations on Mars are seen.

A scientist from the Astrobiology Center in Buckingham, Barry De Gregorio, believes that these fossils can be ancient crystals similar to terrestrial ones. There are other opinions including that these structures are nothing but ancient fossils.