On Mars have found the fossil holes of giant worms 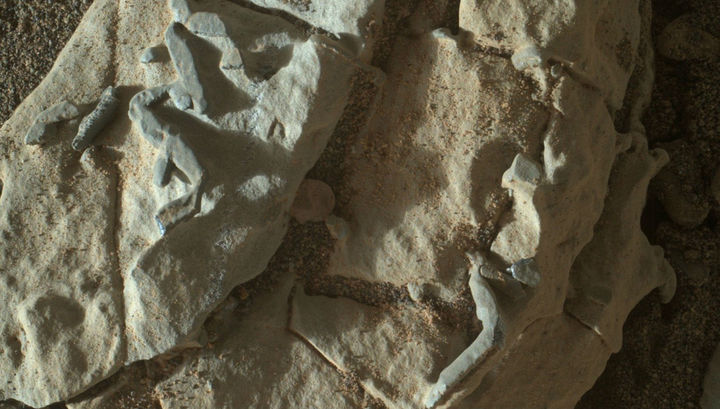 Chambers rovers Curiosity recorded strange structures that may have a biological origin. Originally they were seen in black and white photographs of navigation cameras. But the project team found the find so interesting that it gave the rover, which now climbs Vera Rubin’s ridge, the team to return to the point of shooting and capture the mysterious objects with the MAHLI color camera on the machine’s “hand”.

The find has the appearance of “sticks” with a thickness of 1-2 millimeters and a length of up to 5 millimeters. Is this a lot or a little? Of course, such “traces” are too large for bacteria. If these are still traces of life, then these are traces of life macroscopic. On Earth, the fossilized burrows of prehistoric worms look like this.

NASA does not exclude the biological origin of the find. 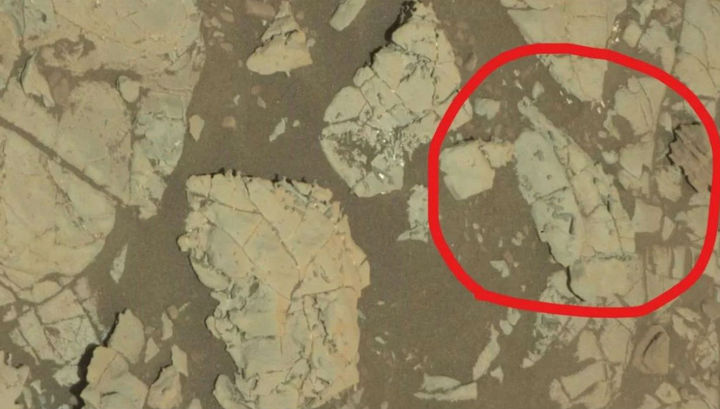 There is, however, a more mundane version. “Trumpets” can be nodules – mineral structures that arise without the participation of life.

Is it possible to find out which version is correct? This is a difficult question. “Curiosity” is equipped with a variety of equipment for chemical soil analysis, for example, a set of tools ChemCam and X-ray spectrometer APXS. But to determine whether the samples have a biological origin is not an easy task even for full-fledged terrestrial laboratories. Often, this requires a delicate analysis of the ratio of isotopes.

Recall that the oldest known fossils on Earth were long called skeptics “minerals of strange shapes,” and the point in this dispute was posed quite recently.