On Mars have found the underground ice lake 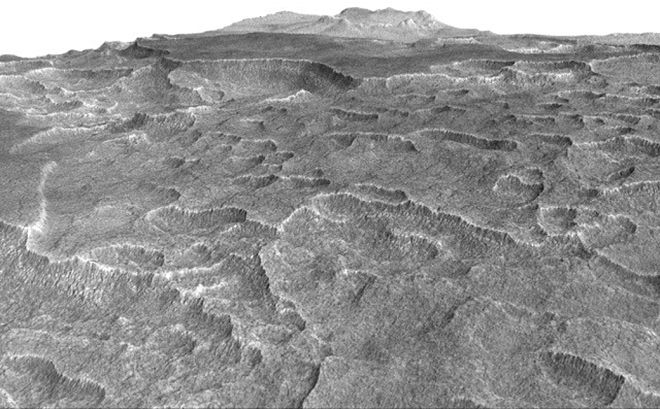 “Mars Rekonessans Orbiter” found the refrigerated lake on Mars. The ice reservoir is located on the plain the Utopia which surface is covered with cracks and ravines. Such landscape is characteristic of northern Canada and speaks about availability of underground ice. The last was confirmed by the radar onboard the orbital device.

The frozen lake is equidistanted from the equator and the North Pole of the Red planet. Thickness of the refrigerated water — 80–170 km, reservoir amount — 14,3 thousand cubic km. Water ice occupies 50–85% of the Martian lake, the rest — dust mix with stone grains. Thus, the water-supply is equal in the lake to water amount of the Upper lake — the largest of the North American Great Lakes.

Water is hidden under a layer of earth 1-10 meters thick. Only thanks to an earth armor, ice doesn’t evaporate in severe Martian conditions. As the atmosphere on the Red planet is extremely rarefied, water boils away at a temperature above 10 °C, and daytime temperature on Mars reaches 20 °C.