On Mars the place for life is revealed 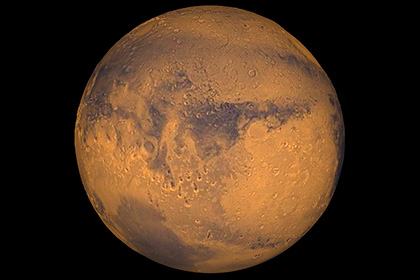 Deuteronilus Mensae region in the northern hemisphere of Mars can be the suitable place for the first expedition of people as the area contains a large amount of water ice. Researchers expressed confidence that in this region it is possible to find alien life.

Radius of the area determined by scientists constitutes about 100 kilometers, it is between plains the Utopia and Hris. Exact coordinates of the area — 39,1 degrees of northern latitude and 23,1 degrees of east longitude.

The leading space agencies of the world earlier repeatedly declared intention to send expedition to Mars. In particular, NASA plans to land astronauts on this planet in the 2030th years, and the American private company SpaceX intends to send a mission to Mars by 2024.

On September 29 researchers from the USA published in Journal of Geophysical Research: Planets article where called the Martian plateau of Tavmasiya the most suitable for dwelling of live organisms.