On Mars, the storm is raging, but the rovers must endure 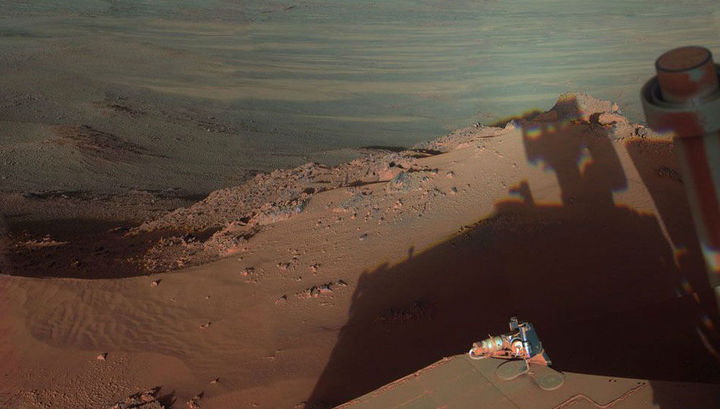 May 30, 2018 orbiter Mars Reconnaissance Orbiter recorded that on Mars begins a dust storm. This phenomenon is quite common for autumn and winter in the northern hemisphere of the Red Planet. True, now there comes summer, but at this time of year such storms occasionally occur. However, it quickly became clear that the magnitude of the unrest of the elements is not at all ordinary.

At the moment, the storm has already covered 35 million square kilometers, that is, more than a quarter of the planet’s surface. The last time such a “natural disaster” was observed in 2007, when the storm raged almost all over Mars. Such large-scale hurricanes happened before. On average, they raise dust on the Red Planet every six to eight Earth years. Usually these storms last several weeks, in rare cases – months.

However, in some cases, the current events exceed the former weather whims. First, in the northern hemisphere, a large dust storm never happened in such an early season. And secondly, the Opportunity rover, which has been operating since 2004, has never recorded such a blackout caused by dust. The conditional parameter τ (a measure of dust content of air) in 2007 reached the level of 5.5. This record has been kept to this day. But the last connection with the rover, held on June 10, 2018, recorded τ = 10.8. 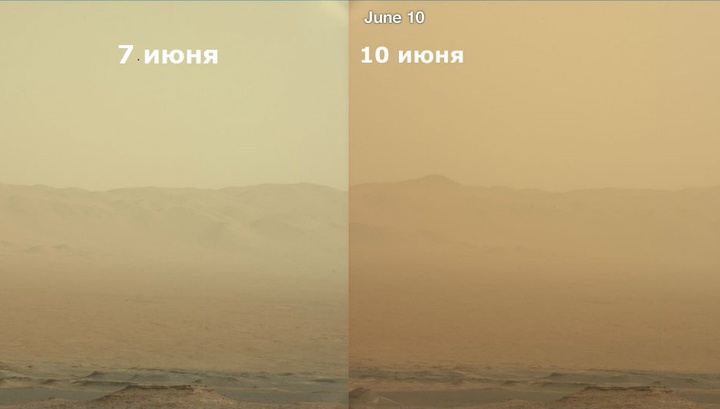 This situation can be dangerous for rovers. Of course, even the strongest wind in a thin Martian atmosphere can not physically damage the apparatus (the creators of the movie “Martian” were obviously exaggerated here). However, at the same rover, “Opportunity” has a weak spot: it receives electricity from solar batteries.

At this time of year, they should give out 600 watts of energy per day. The last message from the rover found that the power dropped to 22 watts per day. Then the rooster fell silent. But, as experts hope, not forever.

As the engineers believe, the device went into power saving mode. He turned off all the systems except the “alarm clock”. The clock on the watch will wake him a few days later to check if the batteries are recharged. If the storm is not over, the rover will again go into hibernation to check the situation after a while. So it was already in 2007.

If the batteries are discharged so that even the clock stops, there is an extreme means: a sensitive photocell that must react to bright sunlight and tell the computer it’s time to wake up.

Danger to the rover also represent low temperatures. After all, on Mars, even in summer and at the equator, the thermometer does not rise above zero. In the standard mode, the rover uses heaters, for which there is no energy at present.

Fortunately, the very “dust blanket” prevents excessive cooling of the surface. According to the latest data, the temperature of Opportunity was -29 ° C. According to experts, it will not fall below -36 ° C, and the rover must withstand cooling down to -55 ° C. 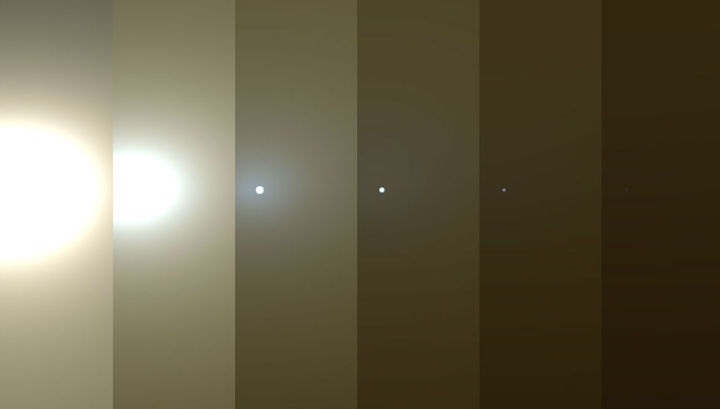 “We must endure this storm,” says Callas.

The problem is that Opportunity is a real veteran. Created in the calculation for a 90-day mission, it has been working on the surface of Mars for almost 15 years. Extreme loads can be fatal for the kind of vehicle that has seen it.

Recall, by the way, that “Opportunity” set a record, having traveled on the Red Planet 45.16 km. No vehicle on the surface of the celestial body has yet surmounted such distances.

But for another rover, “Curiosity”, you should not worry. It receives energy from the decay of radioactive isotopes, so that the device is not de-energized. And the sky above it is still relatively clear. As of June 12, this mars rover was equal to 1.0-2.0. These are the average figures for the dusty storm season, although usually such indicators are reached later.

As for the device InSight, which in November should sit on Mars, then for him there is no need to worry. The storm is likely to subside during this time. However, the developers assure that the probe is adapted to planting even in extreme weather conditions.

The rising storm makes engineers worry about the fate of “Opportunity”, but also provides a unique opportunity to study this terrible phenomenon.

“This is the perfect storm for the science of Mars,” says Jim Watzin, director of NASA’s Mars research program, in a press release from the agency. “We have a historically record number of spacecraft operating on the Red Planet. provides unique information about how dust storms form and behave – the knowledge that will be needed for future robotic and manned missions. ”

Indeed, mankind has not only the Curiosity and Opportunity rovers, but also the existing orbital vehicles Mars Odyssey, Mars Express, Mars Reconnaissance Orbiter, MAVEN, Mars Orbiter Mission and Trace Gas Orbiter. Such an army of “researchers” should bring a lot of information about the raging dust storm.

Planetologists are not yet completely clear how such phenomena occur. As clarifies the site NASA, dust, raised in the atmosphere, triggers certain processes that cause increased wind. The wind raises even more dust, and so on. But the details of the mechanism are unknown. For example, it is unclear why some storms become global, while others do not.

“Each observation of these major storms brings us closer to the ability to model these events and, perhaps someday, we will have the opportunity to predict them,” said Richard Zurek, lead researcher at NASA’s Mars Jet Propulsion Program.

Understanding the mechanism of dust storms is important for studying the ancient and modern Martian climate.

“This is an unprecedented opportunity to learn more about Mars”, – sums up Vatzin.