On Mars there are animals, plants, and… ghosts? 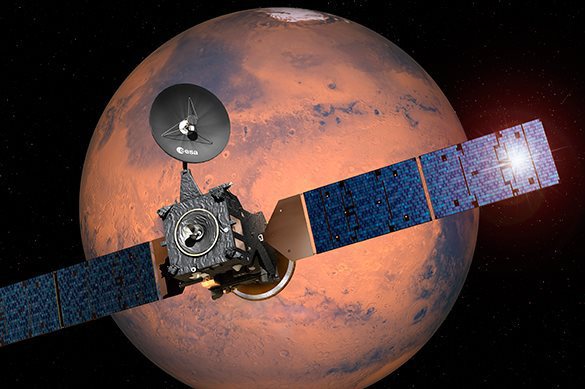 Periodically there is information about that on Mars found the ruins of some buildings, the traces of people and animals, various artifacts… usually enthusiasts manage to “see” them in pictures, transmitted to Earth by spacecraft. Here is a list of the most sensational but dubious Martian “finds” of recent times.

July 25, 1976, the American space station, the Viking 1 Orbiter took a picture of “image” that resembled a woman’s face. The picture has been repeatedly processed by the computer method. Researchers mark Carlotto, Vincent di Pietro and Gregory Molenaar came to the conclusion that the probability of natural origin “drawing” is negligible.

However, on 5 April 1998 in the mission control Center received photos of that area of the Martian surface, where supposedly there was a “face” made this time aboard an interplanetary space station “Mars global Surveyor” with a height of 440 kilometers. And what? “Person” has disappeared, instead the camera recorded only rock landscape… Thus, no evidence for the existence of the “Martian Sphinx” (this name was given to a giant “sculpture”), in addition to still images obtained with a large (1870 kilometers) altitude… However proponents of the “face on Mars” believe that any content NASA replaced the photo below, as always, to avoid publicity, or a statue “Sphinx” was someone or something destroyed, and even hidden from prying eyes by the Martians…

He was “discovered” in the same 1976 the same “Viking”. In 1999 were obtained clearer footage. It turned out to be just a crater with a radius of 230 km. Later, the discovery was used to create the famous comic book “watchmen”.

In 2008, the Spirit Rover took a picture on which there is a spot that resembles the silhouette of a creating, wandering through the desert. He was immediately nicknamed the “Martian Bigfoot”.

In the same year, another Rover, Opportunity, has captured the image of layered rock that resembled a man-made structure. Ufologists have suggested that it is not that other, as the entrance to the ruined temple. Also nearby could be seen the outlines of something like a space ship, submerged in the sand…

In 2011, the space station Reconnassance Orbiter photographed the objects that are similar, according to those who believe in life on the red planet, to the trees… But skeptics said that whether it’s the trees, they would grow parallel to the Martian surface. No, they say, it’s just footprints in the sand, left by the evaporation of frozen carbon dioxide.

This image was taken by Curiosity in April 2014. However, the expert NASA’s Doug Ellison did not confirm the version of ufologists that aliens on Mars, organize flash… He thinks it was a “strike” on the planet of the cosmic ray, which is a stream of charged particles.

At the end of may of the same year, the supporters of the theory “life on Mars” drew attention to a dark object hovering in the air above the planet’s surface. First, it took over the UFO and began to develop a hypothesis about flying over Mars alien aircraft… But later “reputable researchers”, by carefully analyzing the images, said that the lens camera of the Rover hit… bug! According to “experts” the Martian insect resembled earth the Cicada, had a dark body and clear wings… NASA immediately accused of “concealing” the existence of “Mars bugs”, because then I’d have to admit that the planet still there are certain forms of life, and there certainly rushed to “competitors” from other countries!

In September of the same 2014 on one of the photos the Mars Rover Curiosity has discovered the image of the spherical object seems to be a perfect shape. Ufologists rushed to declare it a “Martian artifact”. However, NASA immediately pointed to the fact that the diameter of the object is about one centimeter, which means it’s most likely a product of natural geological process called concretion, when around the solid stone of the “core” is something like a snowball, and not an artificial product made by the hands of the inhabitants of the red planet…

On August 7 last year on the official NASA website, it was published another picture taken by Curiosity. Ufologists have considered the silhouette resembling a female figure standing on a rock. “The silhouette looks so plausible that for some it can be the embodiment of the desire to find extraterrestrial life,” — said the portal www. mashable.com.

The image of a penis

Do not rush to imagine Martians, busily doodling in the sand phallic symbols. That resembles a reproductive organ, is actually only a trace of wandering on Mars Curiosity…