On Mars they found unique dunes 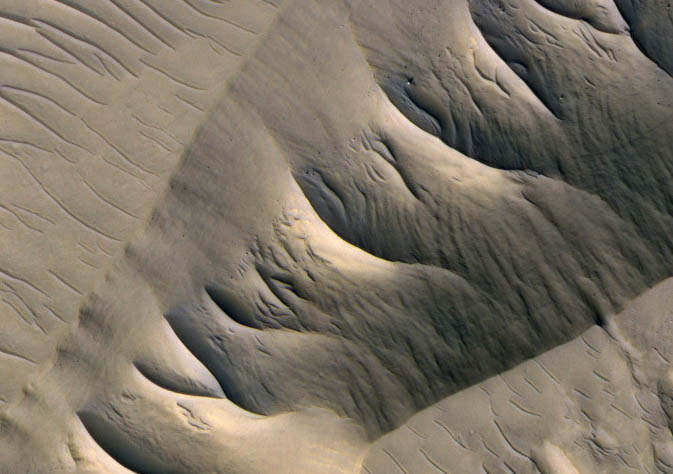 Scientists studying Mars have found very unusual dunes on the surface of the planet. These dunes are on the upper levels of one of the Martian hills.

A 375 × 450-meter-long landscape hit the lens of the highly sensitive high-resolution camera. Scientists who analyzed this photo reported that the edges of these dunes abut the walls of an unnamed valley.

Thus, they are covered with the same material as the walls of the valley. Usually dunes are on top of any structures, but not this time. Scientists were surprised and that the sedimentary rocks covering the dunes do not destroy them. On Earth, it usually happens this way. That is, the sedimentary rocks gradually destroy everything that is under them.