On Mars you can live, scientists believe 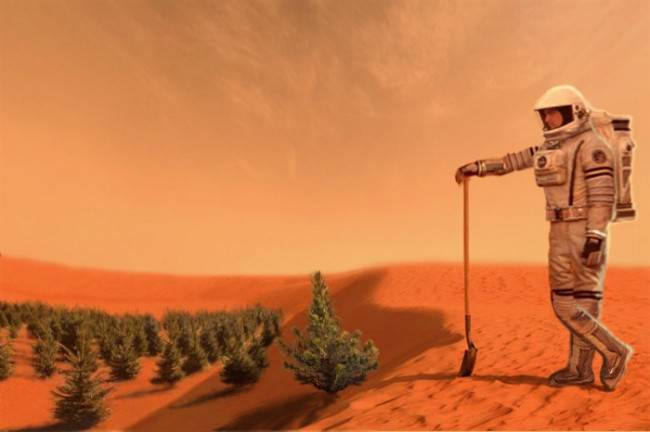 On Mars there are all conditions for human life without the support of resources from the Land, said Tuesday at the seventh Moscow international Symposium on Solar system research representative at brown University (USA) James head.

Mars has enough water (to form ice – ed.) to its inhabitants could exist independently from the Land. If the Earth becomes uninhabitable, it will be some kind of disaster, Mars can become for humans a second home. There are conditions, he said.

According to the scientist, of all the planets in the Solar system, Mars is most suitable for life.

The moon is too dry, Venus too hot and Mars is suitable. As for the Martian soil, it can also be quite suitable in order to use it for agriculture in special greenhouses, but this will require further research, ‘ said head.

He noted that on the surface and in the soil of the red planet may exist primitive life forms, like those that exist in the Arctic on Earth, but direct evidence of life on Mars the scientists have not yet discovered.

In the Arctic there are primitive life forms. The conditions there are similar to the Martian. Although, of course, direct evidence of the existence of life on Mars, — concluded the scientist.