On Phobos found base aliens 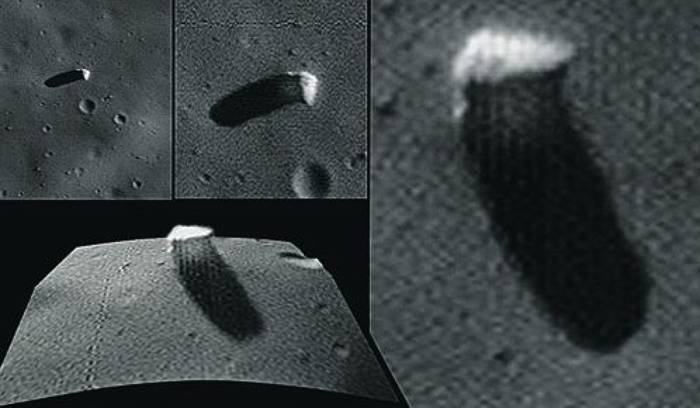 Enthusiasts continue to explore pictures of distant planets and another finding indicates that the satellite of Mars – Phobos, there is a huge base of aliens.

However this finding was not new and about the existence of the mysterious Phobos monolith, claimed in 2009, American astronaut buzz Aldrin, who insisted on the need to explore a mysterious structure on Phobos, which according to him is very similar to some kind of monolith with unusual geometric shapes.

To the question, what is this building and who built it, Aldrin said vague – Consider that it was built by the universe. Interesting statement from a man who stepped on the second surface of the moon.

With strong statements over the years that one of the enthusiasts, decided to carefully study the strange object, especially because there are new photos taken 6 December 2016.

The monolith spoke of Aldrin, was huge. The satellite of Mars – Phobos, is small in size, only 11 kilometers, and therefore, the structure with a diameter of 2 kilometers, a truly enormous structure on its surface.

The researchers say that NASA deliberately distort and retouch the photographs, the positions of Phobos which is a mysterious monolith. They want to hide from the public and why hide from the people the presence of artificial structures? This question while remains without the answer…