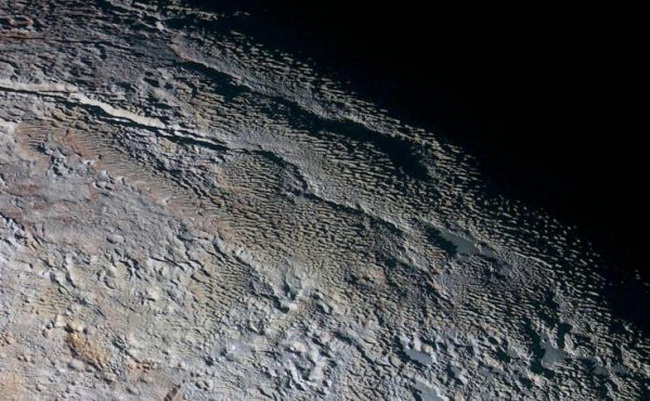 It took almost a decade to camera space Agency NASA New horizons flew nearly across the Solar system and reached the orbit of the dwarf planet Pluto, where he gathered invaluable new scientific data and found that on the surface of this tiny world has a giant 500-foot “icy tower”.

Of interest to the scientists this discovery is primarily because such a phenomenon anywhere else in the Solar system, except Earth, have never met. Analysis of the spacecraft “New horizons” data suggests that these “towers” are the result of different atmospheric processes of the dwarf planet.

Perfectly are distinguishable, as if cut with a blade, the surface of the planet in the image above is part of the mountain ridge Dorsa of Tartarus, which in 2015 flying probe “New horizons”. In fact, these “cuts” are Calasparra — the snow pyramids, which, as a rule, are found only in the highlands of the tropics and subtropics on Earth. On Pluto they take the form of the giant 500-foot towers of ice, which from a height looks like the blades are usually directed towards the Sun. 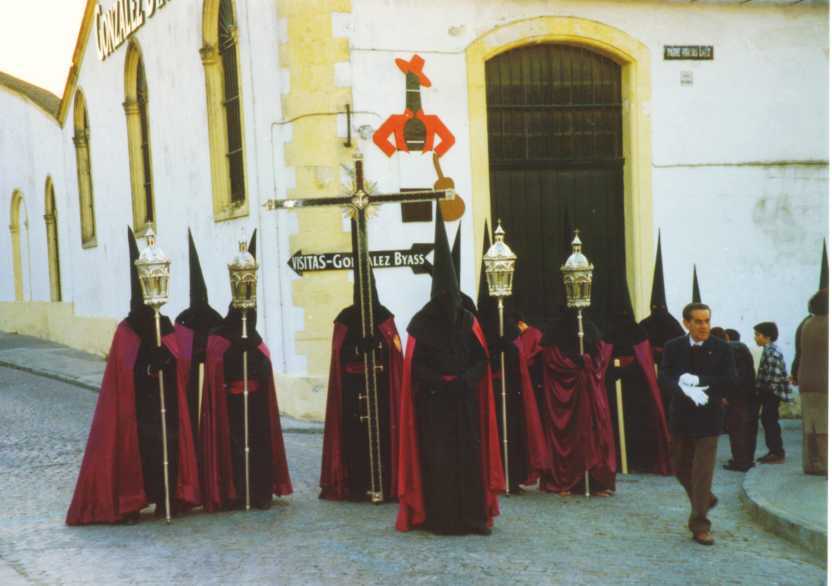 On the ground the snowy pyramid called “penitent snow” (from the Spanish nieves penitentes). This name they received due to its shape, which reminds the penitent (“Penitentes”) with bowed head and bowed back. Through the study of John Moores of York University in Canada, we now know that such kind of education can appear not only on Earth.

Calasparra in the desert Attacks. Chile

When NASA was first analyzed images of the towers obtained from the probe “New horizons”, the scientists have guessed right, how can we explain such an unusual surface texture, and simply described it as “complex and mysterious blue-gray patterns with a reddish tinge of the material between the ridges”. The reason for initially missing the analogy is understandable, given that the height of the ice towers on Pluto reaches 500 meters, while on Earth such education a hundred times lower and a maximum reach 5-6 meters. However, when Moors and his team have conducted several computer simulations of the atmospheric state of Pluto, the simulation reproduced Calasparra exactly as they saw the device “New horizons”. According to researchers, this may help us to understand why we anywhere else in the Solar system could not see such education.
“Identification of surface irregularities Tartarus Dorsa as kangaspuro may indicate that the atmosphere of the dwarf planet suitable for the emergence of such formations, which in turn could explain the fact why we have never seen such objects on other dwarf planets or airless icy satellites. In addition, the difference of scale kangaspuro on Earth and Pluto can explain the significant difference of the environment,” says Moores.

In the case of Pluto, the temperature here is much lower than on Earth, and the atmosphere is much thinner, but nevertheless in the formation of kangaspuro themselves are involved all the same physical and chemical principles. These formations are formed under the influence of erosion in which ice is sublimated in very cold conditions, that is, turns directly into water vapor, and melts, becoming a liquid first. Calasparra on Pluto consists mainly of methane and nitrogen, not water. And yet, despite its scale, the process of sublimation happens absolutely the same as on Earth.
“Such gigantic proportions can be described from the point of view of the same theory which explains the principle of the formation of these formations in the world — continues Moors.

“Actually, we were able to identify them as callaspo by analyzing their size, the distance between each of these entities, as well as their age. All three of these aspects going in the General part of the proof that we are kolhapuri”.

Previously, scientists have made the assumption that on Jupiter’s moon, Europe, also can be Caligastia, but the discovery of Pluto was the first indication that such formations can appear not only on Earth. Now that we know that Pluto has such features, used computer models, scientists can help in the search for similar formations on other worlds, near or far.
“Our ground model to find Kolhapur implying that we can find the same education, not only in our Solar system, but other systems that are right for their occurrence conditions”, — concluded the scientist.