On Proxima b there are lakes and rivers 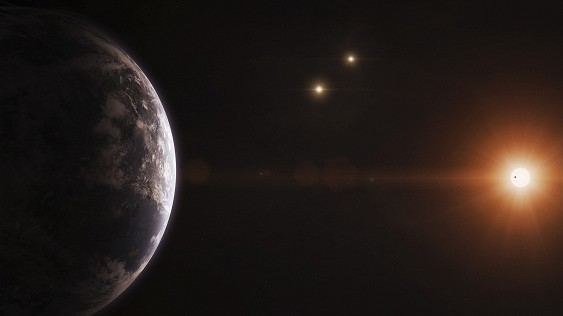 European scientists have admitted the existence nearest to the Sun earth-like exoplanet Proxima b lakes. For this purpose, the authors used existing climate models that describe the planets of the Solar system.

In most cases, the possibility of having on Proxima b of liquid water is due to the nature of the rotation of exoplanets around the star Proxima Centauri and the presence of a dense atmosphere. Scientists considered scenario basically admit the existence of the planet is water.

If Proxima b is in the tidal capture with a star (always turned to one side), the presence on its surface of 0.6 of the earth’s volume of water allows the presence in the border region between the illuminated and dark sides of a celestial body of liquid water. When the pressure of carbon dioxide in the atmosphere Proxima b exceeds one bar, the ocean would cover the entire surface.

About the discovery of Proxima b became known on Wednesday, August 24. Around the parent star exoplanet rotates in a nearly circular orbit at a distance of 0.05 astronomical unit (7.5 million kilometers). Year on Proxima b lasts 11.2 hours. A celestial body is about 1.3 times heavier than Earth and the average temperature of its surface is close to zero degrees Celsius is only 10 degrees lower than that of the Earth, and several tens of degrees higher than that of Mars.