On the comet Churyumov-Gerasimenko found the lander Philae 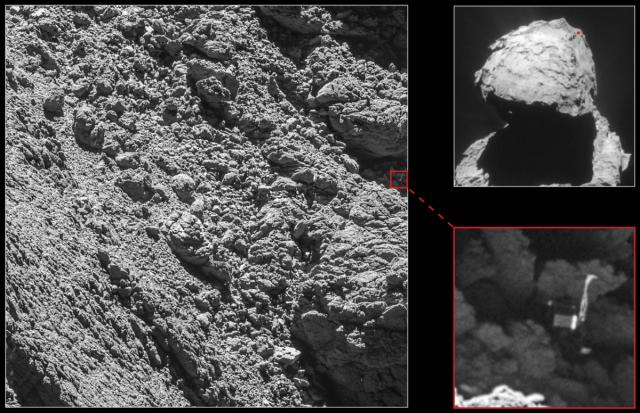 Less than a month before the completion of the mission Rosetta high-resolution camera probe found the lander Philae on the surface of comet Churyumov-Gerasimenko, whose whereabouts remained unknown for years, according to ESA.

The images captured by the OSIRIS instrument from a distance of 2.7 km from the comet’s surface, will see the shape of the lander, and two of the three legs.

Images allow you to understand why the improper location communication with Philae has been hampered since its landing on 12 November 2014. 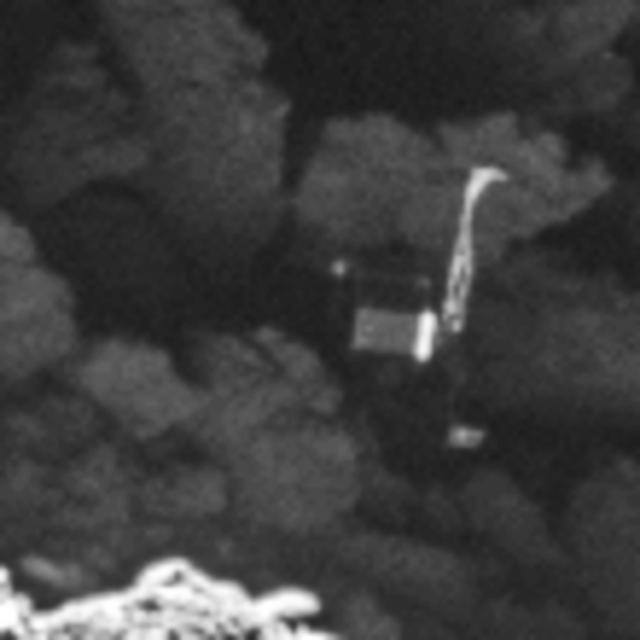 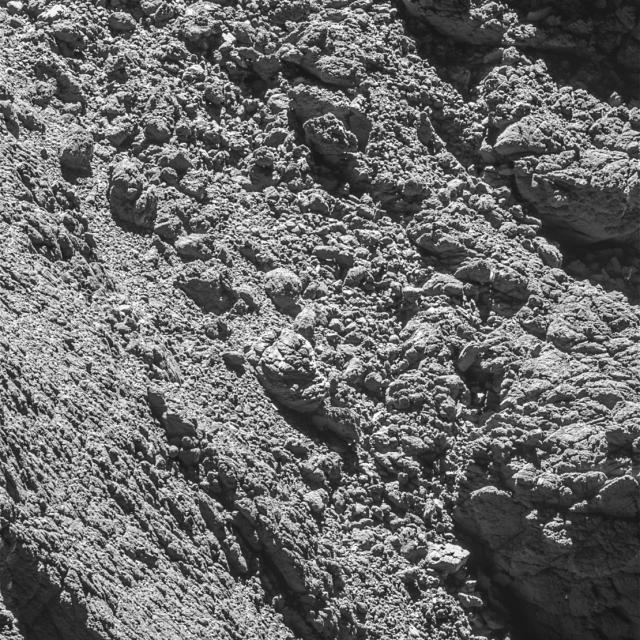 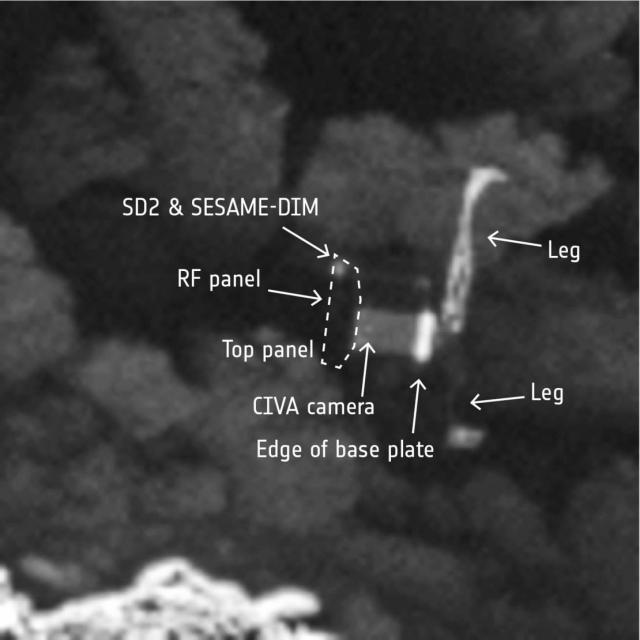 Three days later a resource primary battery, Philae was spent. The unit went into standby mode. Philae was released from sleep mode in June 2015, when the comet approached the Sun, which allowed us to obtain more energy. To date, however, the exact location of the device remained unknown.

Resolution camera OSIRIS was sufficient to from a distance of 2.7 km to detect meter apparatus. Detection Philae occurred in less than a month before the end of the Rosetta mission. On September 30, the probe will make its last observation. The unit will examine the region of Maat, and then complete his mission, falling on the comet.