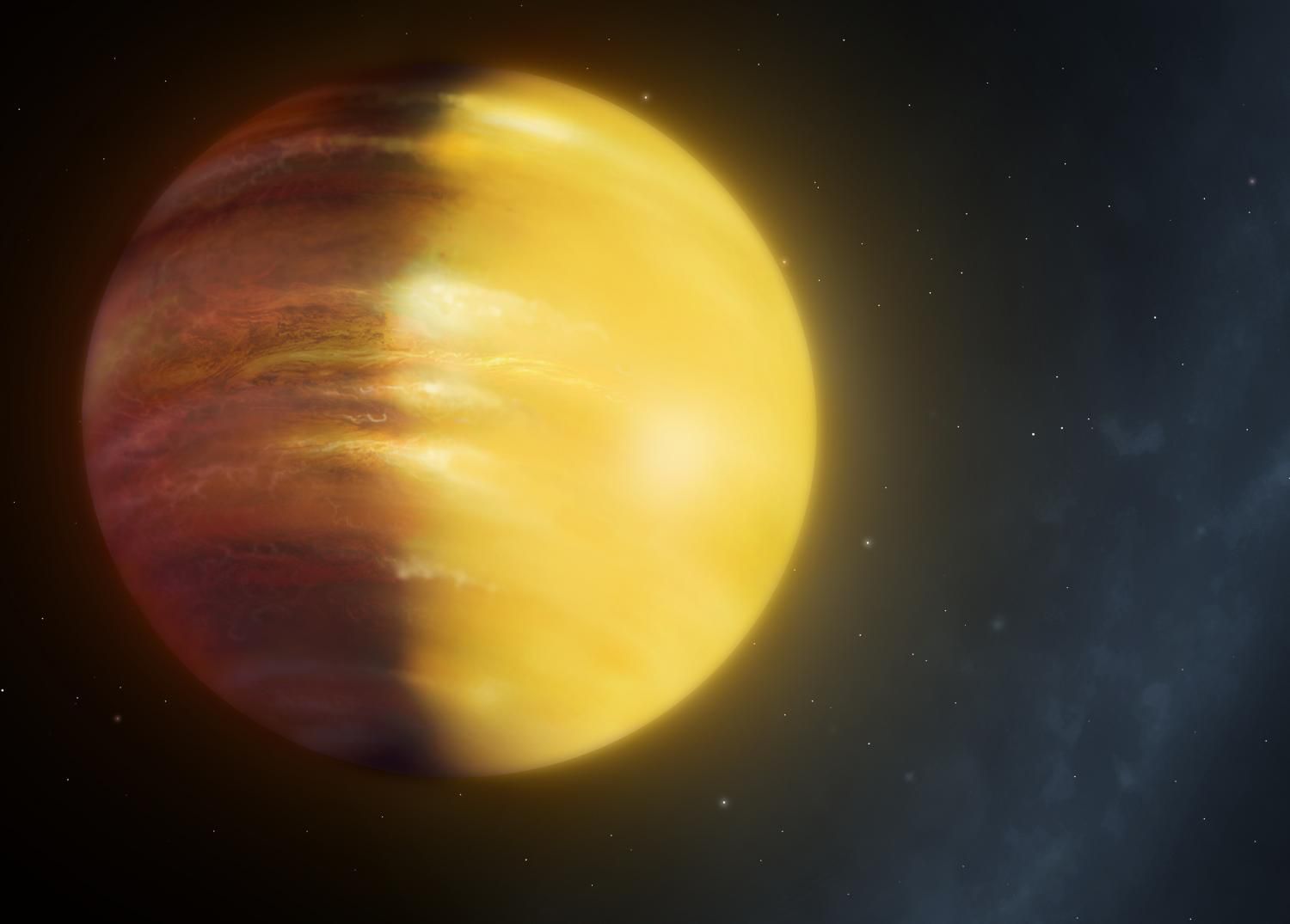 The signs specifying on the powerful winds changing the direction have been found on the planet of 16 in size times more of Earth which is at distance over 1000 light years from us. It is the first case in the history of science when on the gas giant lying outside Solar system such atmospheric phenomena demonstrating existence of weather – according to the new research conducted by the staff of the Warwick university, Great Britain have been found.

Doctor David Armstrong from Astrophysical group of the Warwick university has opened that the gas giant under the name HAT-P-7b tests large-scale changes of the direction and strength of the winds blowing on the planet that even leads to formation of huge storms.

This discovery has been made as a result of measurements of amount of light reflected from the atmosphere of the planet of HAT-P-7b. These measurements have shown that the brightest point of the planet changes the situation over time.

This shift is caused by the equatorial jet current at constantly changing speeds of streams which is capable to move clouds on the surface of the planet.

Clouds on this planet very and very unusual – they represent probably drops of the melted oxide of aluminum, the chemical compound which is a basis of several gemstones known on Earth, such as sapphire and a ruby. The matter is that the planet is in tidal capture in relation to a parental star therefore one of her parties is always turned towards a star, and temperature on this side of the planet reaches 2860 K.