On the ISS captured a unique “eye of the Sahara” 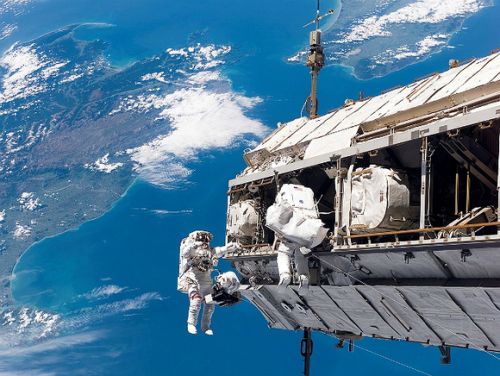 The astronauts at the International Space Station made a photo of the Sahara’s eyes.

A unique object with a diameter of 50 kilometers was captured by the Russian cosmonaut Sergei Ryazansky. This geological formation is located in Morocco and, thanks to its huge dimensions, is well seen even from the orbit.

Earlier, the version was expressed that the “eye of the Sahara” is a crater from the fall of a meteorite or the mouth of an ancient volcano. However, scientists came to the conclusion that for this purpose this object is too flat, and the rocks in it were not subjected to specific effects of high temperatures.