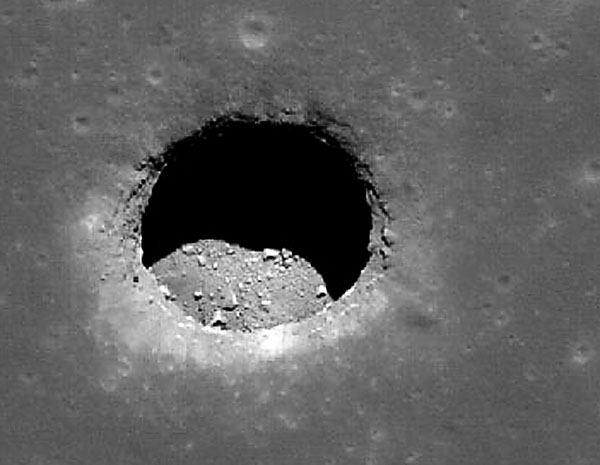 Japanese researchers have discovered under the surface of the Moon a huge cave 50 km long, which in the future can be used to equip there a research base. This was reported today by the national aerospace agency JAXA.

The cave was discovered on the basis of an analysis of the data transmitted by the Japanese probe “Kaguya”. This emptiness is under the crater Marius on the outer side of the moon. First, “Kaguya” was able to capture the entrance to the cave, and then with the help of electromagnetic sounding it was possible to study its underground structure.

According to the agency’s experts, this long cave was formed about 3.5 billion years ago as a result of volcanic activity. Placing there a research base will reduce the negative impact of radiation on it and sudden temperature changes, according to JAXA.