On the moon there are meteor showers 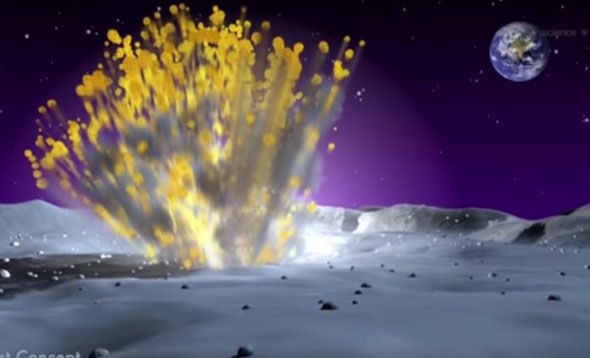 Scientists of the European space agency in the course of observations of asteroids, made a discovery that became a complete surprise to them. It turned out that the moon was under constant bombardment of meteorites, which poured onto its surface with real rain.

Scientists conducted observations for two years and found out that a huge number of asteroids are flying around our planet. With a diameter of 10 or more meters. Our moon, takes all the blow to itself. Only for 11 hours of observations, there were 4 hits of asteroids on the Moon. And each of these four asteroids is comparable in size to the one that exploded over Chelyabinsk.

At the moment, scientists do not have an answer, where so many asteroids come from, their source and cause of occurrence in such quantity is not clear. The moon turned out to be a real catcher or shield of the Earth, saving it from being bombed by asteroids.

The NELIOTA project has begun to detect flashes of light caused by tiny pieces of rock striking the #Moon's surface: https://t.co/5YGFxKAUyU pic.twitter.com/CnSJdHdkIU