On the Moon we found oxygen from the Earth 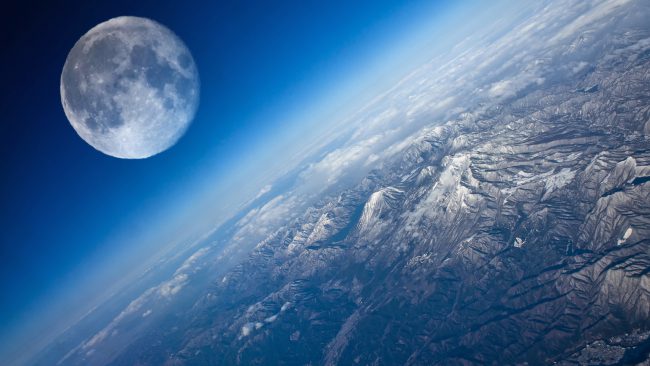 Despite the fact that astronomers have long known about the presence of oxygen on the Moon, only recently did the Japanese spacecraft determine the presence of this element, and even with a very interesting nature – terrestrial. The discovery was made by the SELENE probe (Kaguya), and the head of the planetary team Kentaro Tedara of the University of Osaka reported on it in the pages of the journal Nature Astronomy.

The team believes that this finding can not only shed light on some details of the formation of our planet several billion years ago, including the state of the then atmosphere, but also explain how the oxygen from the Earth hit the moon.

Approximately five days of each month, the Moon from the solar wind is protected by the magnetosphere of our planet – the region of the cosmos in the form of a bubble, where the Earth’s magnetic field has significant influence. Scientists believe that oxygen ions could move from our planet to the Moon at precisely one of these periods and eventually found their shelter in the upper layer of the satellite and its rock.

The geological activity taking place on Earth ultimately erased all evidence of the ancient atmosphere of our planet. However, the oxygen ions on the Moon are still intact for several billion years. Moreover, collecting samples of this oxygen can help scientists understand how the earth’s atmosphere has changed over time and what impact these changes might have had on the evolution of different life forms.

In addition to helping to understand the past of our planet, such studies indirectly and directly help in the realization of our desires for the colonization of space. In the end, we need oxygen for breathing, and the moon, apparently, seems to be one of the first probable points for colonization in the immediate plans of mankind.

Japan wants to send to the moon by 2030 an astronaut. The head of Amazon and Blue Origin Jeff Bezos believes that the time has come for a permanent colony on the satellite. The United Arab Emirates also expresses its desire to establish a colony on the Moon.

Canadian astronaut veteran Chris Hadfield believes that the colonization of the moon is the most logical next step after the person is delivered to orbit and disembarked on a satellite.

“I think if we follow the historical line, it’s the Moon that should become the first colony, and then Mars,” Hadfield told New Scientist.

“We must return there not just to show that we can return there, but rather in order to start living there.”

Over the next few years, we will not know exactly whether the Moon will become the first extraterrestrial home for man, but, regardless of the plans for colonization of the solar system, it is obvious that we have not yet finished with our natural companion.