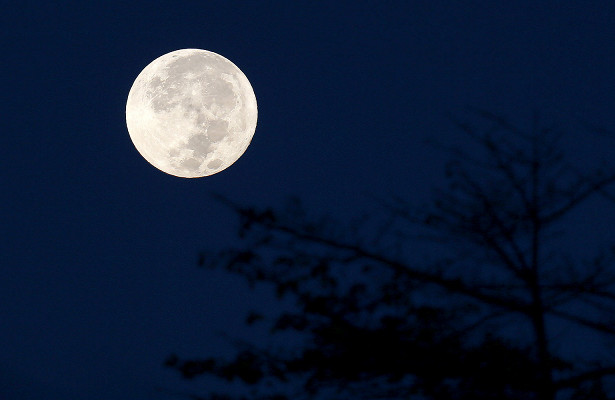 At the beginning of the new year earthlings will be able to observe the super moon. This phenomenon occurs when the full moon coincides with the passage of the natural satellite of the planet through the point of the orbit closest to the Earth.

A super moon is a full moon that occurs when a satellite of the Earth is at the perigee of its elliptical orbit. At this moment, the Moon closest to the planet. At the moments of the superunion, the Earth’s satellite looks 14% larger and 30% brighter than when passing the most distant point – the apogee.

“A rare super moon awaits us on the night of January 2, 2018. The moon will approach the Earth at 00:56 Moscow time very close – to 356 thousand km, and at 5:25 Moscow time there will be a full moon. A beautiful picture awaits the observers on the night of January 2 – at midnight the super moon will be high above the constellation of Orion, in Gemini. The New Year’s Superluny of 2018 can be seen from the evening of January 1 until the morning of January 2, that is, the whole night over the southern horizon, provided clear cloudless weather, “reads the website of the Moscow Planetarium.

Astronomers themselves do not consider that on a super moon deserves special attention. So, according to a senior researcher at the State Astronomical Institute. PK Shternberg of Moscow State University Vladimir Surdin, the difference in the dimensions of the visible disk of the Moon is very difficult to notice with the naked eye, and only special astronomical instruments will help to see the changes. However, such phenomena arouse people’s interest in astronomy.

One of the leading American astrophysicists, Neil Degrass Tyson, on the eve of the Superlun on December 3, said that this phenomenon is overestimated.

Experts say that you can see the superlun only in the cloudless sky.

New Year’s Super Moon will start a whole series of unusual astronomical phenomena. The second January super moon on January 31, 2018 will coincide with a total eclipse of the Moon. The difference between perigee and full moon is about 18 hours. On the afternoon of January 30, the Moon will approach the Earth at a distance of 358 thousand km, and on January 31 at 18:28 Moscow time there will be a full moon and a total eclipse of the Moon.

In Moscow, the super moon will rise above the horizon after 17:00, already coming out of the shadow of the Earth, so until 18:00 you can watch the lunar disc gradually lose its reddish tint. From the beginning to the end, the lunar eclipse will be visible in the Far East, where it will be February 1.

Following the super moon of earthlings, the first astronomical glider of 2018, the meteor shower of the Quadrantida, awaits. The peak of this meteor shower will occur at night from 3 to 4 January. Usually at this time you can observe up to 100 meteors per hour, but a full moon on the night of 2 to 3 January can interfere with observations, and the inhabitants of the Earth will see in the sky no more than 30 meteors per hour.

In all its glory, the meteor stream of the Quadrantida will appear before the inhabitants of the Northern Hemisphere. From the northern tip of the constellation Bootes, where the stream begins, meteors will enter the earth’s atmosphere at a speed of about 145,000 km / h and burn at an altitude of about 80 km.