On the night of Sunday, the “star rain” 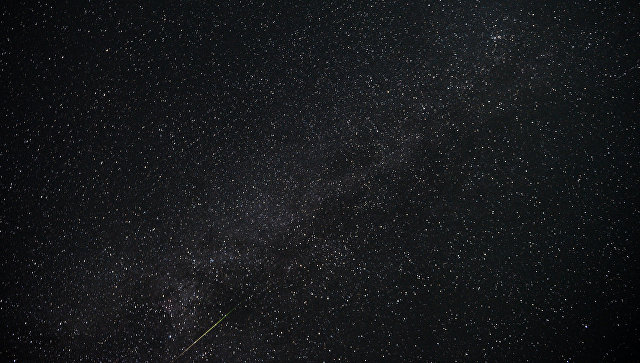 From Saturday evening until Sunday morning, earthlings are waiting for a spectacular spectacle of a cosmic scale: under condition of cloudless weather in different regions of the world, it will be possible to observe the combustion of up to 150 meteors per hour due to the upcoming maximum of the brightest Perseid meteor shower.

At the same time, as astrophysicist Sergey Lamzin, deputy director of the State Astronomical Institute named after Sternberg (SAI) of Moscow State University, specified, it is always difficult to predict the exact number of visible meteors due to the unpredictable influence of the planets on the Perseids. According to him, observers in 2017 can wait for a particularly colorful, and no different in the number and brightness of the flow.

“Unfortunately, this is actually an unpredictable phenomenon, there have been cases when experts predicted an extremely abundant meteor shower, but in fact it looked normal, and there were situations exactly the opposite: the fact is that it is still very difficult to take into account the influence of others Planets into the orbits of meteor particles, “Lamzin said.

The peak of the most popular star of the year

“Starry rain” from the constellation Perseus spills to Earth during the period from July 17 to August 24 and reaches its maximum in the night from 11 to 13 August: that’s when you can admire the most popular and brightest star of the year in all its glory. Meteor streams are spilled annually, because the orbits of the Earth and the stream have an invariable area of ​​intersection with each other. Perseid activity is unstable from year to year: the activity of bursts weakens as the distance between the comet and the Earth increases.

In ordinary years the meteor shower is relatively remote from the Earth’s orbit and is located outside it. Periodic convergence of cometary tracks with the Earth is accompanied by an increase in the activity of Perseids. The last time this happened in 2004 and 2009. The next bursts of flow activity are expected in 2028, the Moscow Planetarium says.