On the Sun discovered the waves of Rossby

Astrophysicists discovered on the Sun Rossby waves, which had previously been observed only on Earth. Rossby waves recorded on the light, show themselves periodic changes in the magnetic field in the temperate latitudes of the solar atmosphere.

The existence of the Rossby waves on the Sun had guessed before, but only now it has been possible to confirm and prove their reality by 100%.

On Earth, Rossby waves have a huge impact on the weather, and on the Sun they cause significant fluctuations in space weather. Scientists believe that there is a relationship between the Rossby waves and the 11-year cycle of solar activity. 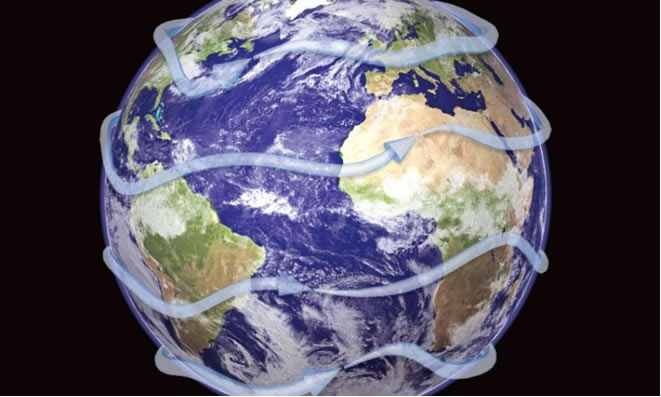 Rossby’s atmospheric waves are giant bends of high-altitude winds that have a serious impact on the weather. These waves are associated with pressure zones and high-altitude jet streams and take part in the formation of cyclones, anticyclones. The phase velocity of terrestrial Rossby waves always tends to the west, while the group velocity (associated with the energy transfer) can go in any direction.

Rossby’s atmospheric waves are caused by the displacement of the vortex streams due to the unequal impact of the Coriolis forces at different latitudes.