On the Sun grew a giant protuberance 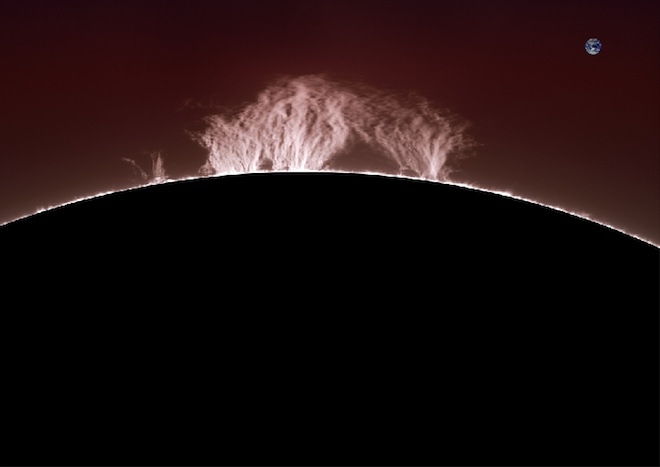 The giant plasma wall rises above the northeastern limb of the Sun on Friday, October 20. Alan Friedman photographed education on October 19 from his home observatory in Buffalo, New York, USA. “The field of view here is 527,000 km,” Friedman says. For the scale of an amateur astronomer, the image of the Earth was inserted.

Astronomers call this phenomenon a “protuberance-hedge”. The hot glowing plasma inside the formation is lifted by unstable solar magnetic fields.

NASA and Japanese space telescopes previously filmed high-resolution such prominences and witnessed a number of amazing events. For example, they saw streams in the form of tadpoles that floated up from the base of the prominence; Plasma jets that descended from the top of the prominence like waterfalls; vortexes and funnels, which were like Vincent Van Gogh’s famous “Starry Night.”