On the Sun there is a huge spot 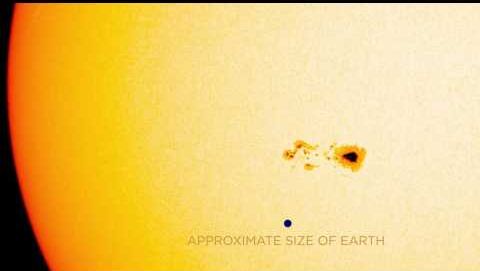 The NASA space agency published on YouTube footage of a large spot on the surface of the Sun – it is gradually becoming visible from Earth as the sun turns.

The footage was taken by NASA’s Solar Dynamics Observatory from 5 to 11 July. Although the video seems to be relatively small on video, it is larger than our planet, scientists stressed.

This spot was the first to appear in the visible part of the sun in two days. During the decline of solar activity, similar phenomena occur less frequently than usual. Although the stain can cause solar flares, it’s too early to talk about this with confidence, NASA notes.

The sun experiences alternating periods of growth and decline in activity, replacing each other with a period of about 11 years. During the growth of activity on the Sun, flares occur much more often, coronal holes appear – areas with an increased velocity of the solar wind – and plasma emissions that cause magnetic storms on Earth.

The main indicator of the level of activity of the luminary is the number of sunspots. They appear more often at maxima of activity and much less often – at calmness on the Sun.