On the Sun there is a mysterious phenomenon 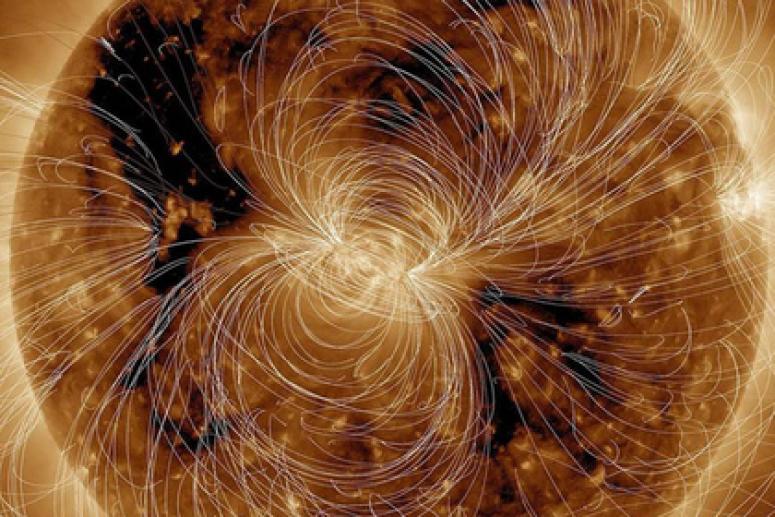 Astronomers from the University of Ohio found that the Sun emits a large number of high-energy gamma rays, and in a period of minimal activity of the luminary.

According to scientists, this is somehow connected with magnetic fields, but the exact mechanism remains unknown. This is reported by the publication Science News.

High-energy gamma rays are not created by the Sun directly, but arise as a result of the interaction of cosmic rays with protons in the composition of the solar matter. Usually, gamma radiation is absorbed by a star, but the presence of strong magnetic fields alters the trajectories of cosmic rays, and high-energy photons are emitted into the outer space.

Researchers analyzed data from 10-year observations (from August 2008 to November 2017) conducted using the NASA Space Observatory Fermi Gamma-ray Space Telescope. The period of low solar activity fell for the period 2008-2009, and high for 2013. Scientists have estimated the number of events emitting gamma radiation, as well as the energy of photons, depending on the activity of the Sun.

The researchers found that the Sun emits more gamma rays with an energy of 50 billion electron volts (50 GeV) than predicted. Moreover, 100-GeV beams were registered, and they appeared at low solar activity. Thus, one of the photons had an energy of 467.7 GeV. In addition, since the Sun is bombarded by cosmic rays from all directions, it was to be expected that the gamma photons are radiated by the star uniformly, but during a minimum of activity, energy photons were emitted by the equator, and during the maximum, by poles.

According to astronomers, this indicates an unusual behavior of the magnetic fields of the Sun. Attempts to connect the excess of gamma rays with solar flares and stains have not yet been crowned with success. Scientists plan to continue research and measure the strength of magnetic fields using the Parker Solar Probe probe, which was launched on August 12, 2018.