On the Sun there was a powerful flash 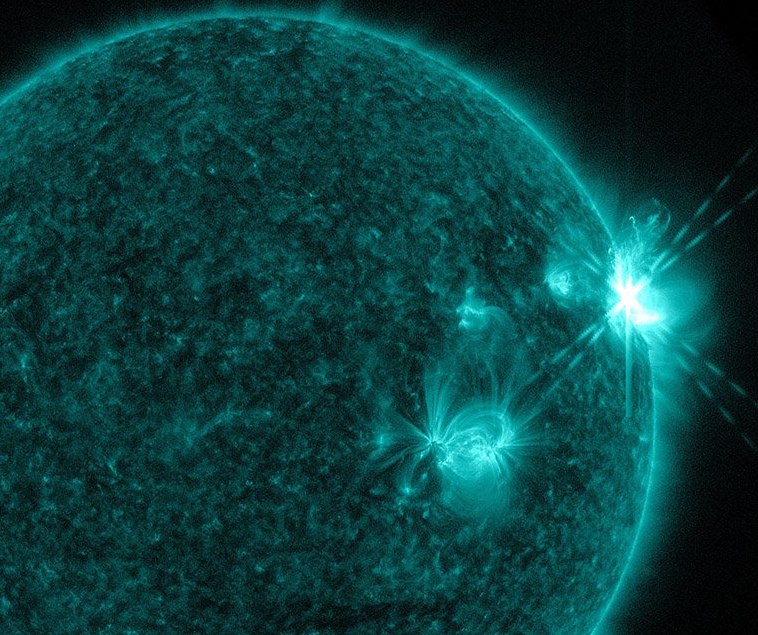 On April 3, another powerful flare of class M 5.8 occurred on the Sun, which was accompanied by a massive ejection of the solar mass.

The source of the outbreak is the outgoing spot of AR 2644, while the huge sunspot of AR 2645, directed to the Earth, continues to grow, but so far has not shown much activity.