On the sun there were spots larger than the Earth 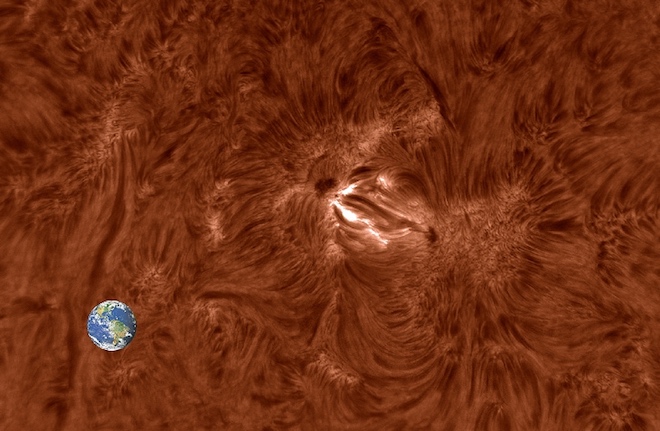 On June 19, a group of sunspots AR2715 spots did not exist. June 20, they occupied more than 60 thousand km of the solar surface with a primary dark spot exceeding the Earth in width. Philippe Tosi took this picture of sunspots from his home observatory in Nimes in France. In order to better understand the dimensions, an image of the Earth was added to the image.

According to Toshi, the visibility was good and he was able to catch a small solar flare, which formed an arc between two sunspots.

NASA’s Solar Dynamics Observatory (SDO) monitors this area and the latest images show that sunspots continue to grow. However, in recent months, the number of sunspots has dropped sharply, since the solar cycle is shifting to a minimum. Most of the time in 2018 the face of the Sun was not overshadowed by spots. But from time to time they still appear and AR2715 is one of the examples.