On the sun there were two huge groups of spots 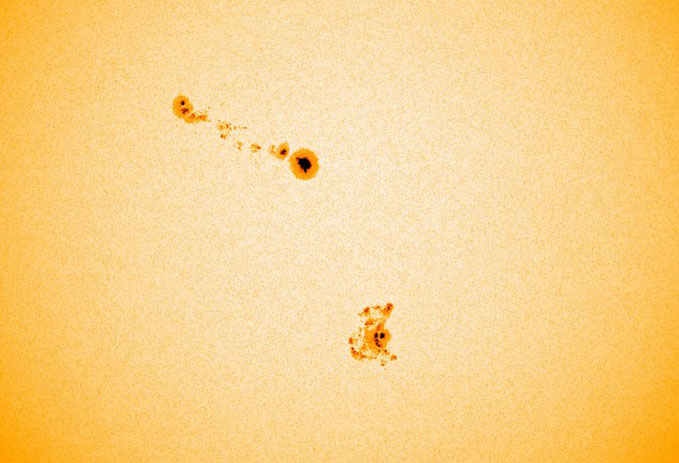 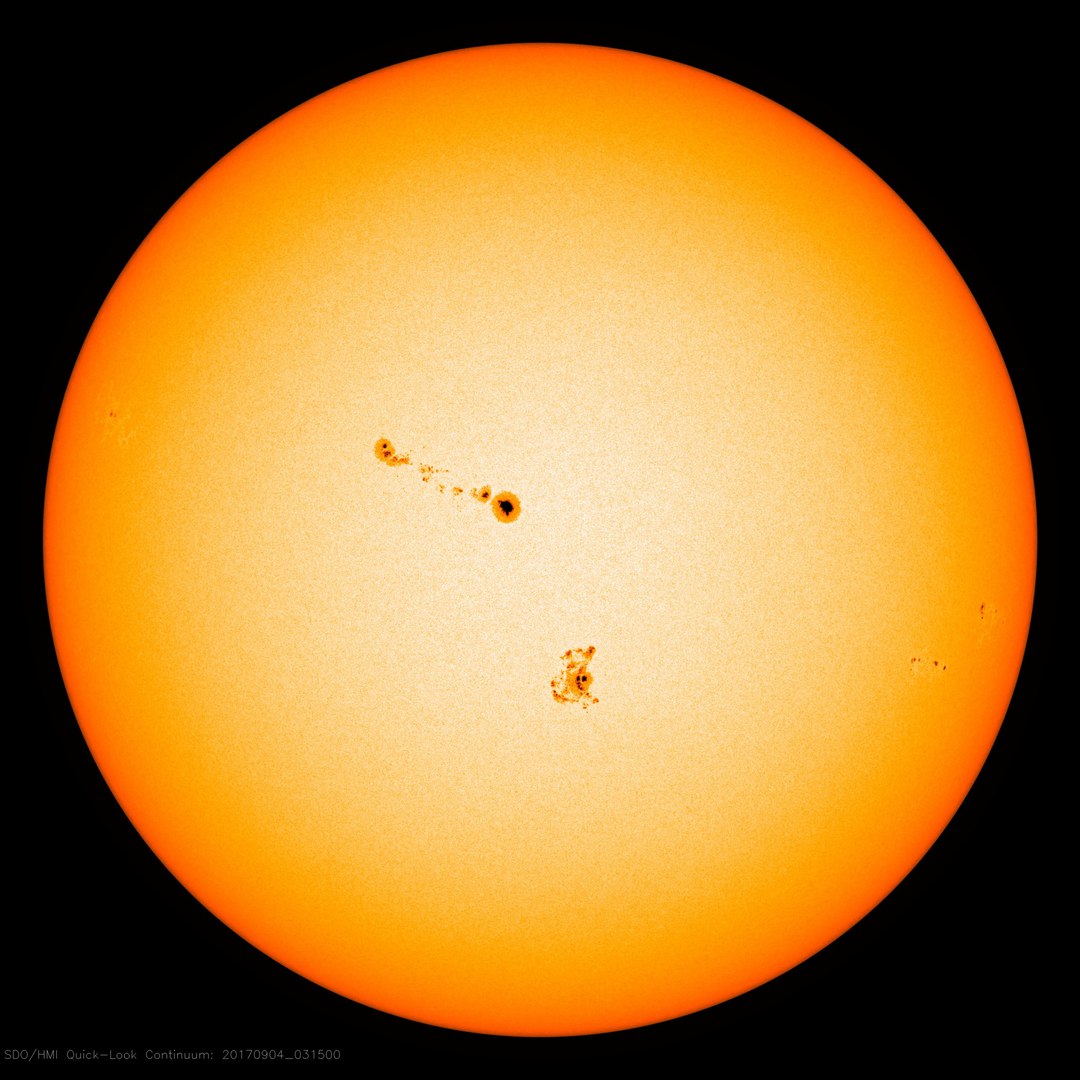 The last group of spots has a beta-gamma magnetic field capable of generating X-ray flares of class M. The spots can be seen with a camera if there are thin layered clouds in the sky or with a telescope with a filter. At this point in time, the spots remain in a calm state.