On the surface of ancient Venus there could be an ocean 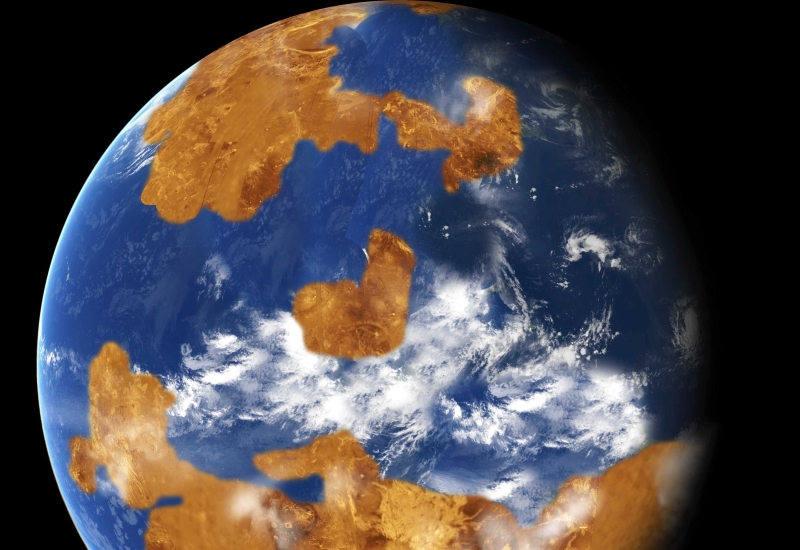 Computer simulation showed that even less than a billion years ago on the surface of Venus could splash a vast ocean of water.

Modern Venus is little like a place where there can be liquid water: the temperature on the hot green planet is so high that even some metals melt. However, this was not always the case. In the distant past, Venus could boast of a much milder climate, and the computer simulation of its evolution showed that it could even be splashed by the ocean of water. This is described in an article published by the Journal of Geophysical Research: Planets.

It is worth recalling that another mystery of Venus is its rotation around the axis. It is directed to the opposite, in comparison with other planets of the solar system, the side and takes place extraordinarily slowly – about 116 of our day last here. It is believed that this was not always the case, and Venus was slowed by either a cosmic catastrophe, or the gravitational interaction of its dense atmosphere with a rather close Sun.

Last year, astronomers showed that if Venus rotated at the same speed in the past, then its climate changed relatively recently – and only 715 million years ago the average temperature here could be about 15 ° C, in comparison with 460 ° C today. In his new work, Arnaud Salvador and his colleagues from the University Paris-South XI conducted a computer simulation of the young Venus, examining the interactions between its hot surface, the emerging atmosphere and the Sun.

Varying various parameters, scientists have shown that the slow rotation of Venus could stimulate the formation of clouds and maintain a moderate temperature. Provided that in the atmosphere of the planet, then the same amount of carbon dioxide as today, on its surface could be an ocean with a mass of about 10 percent of the mass of the world’s oceans. Under certain other conditions – in particular, reaching a certain level of cloud cover – the ocean could reach 30 percent of the earth’s surface. It remains to ponder: could not life exist on the young Venus? ..