On the surface of Mars spotted a Chinese dragon 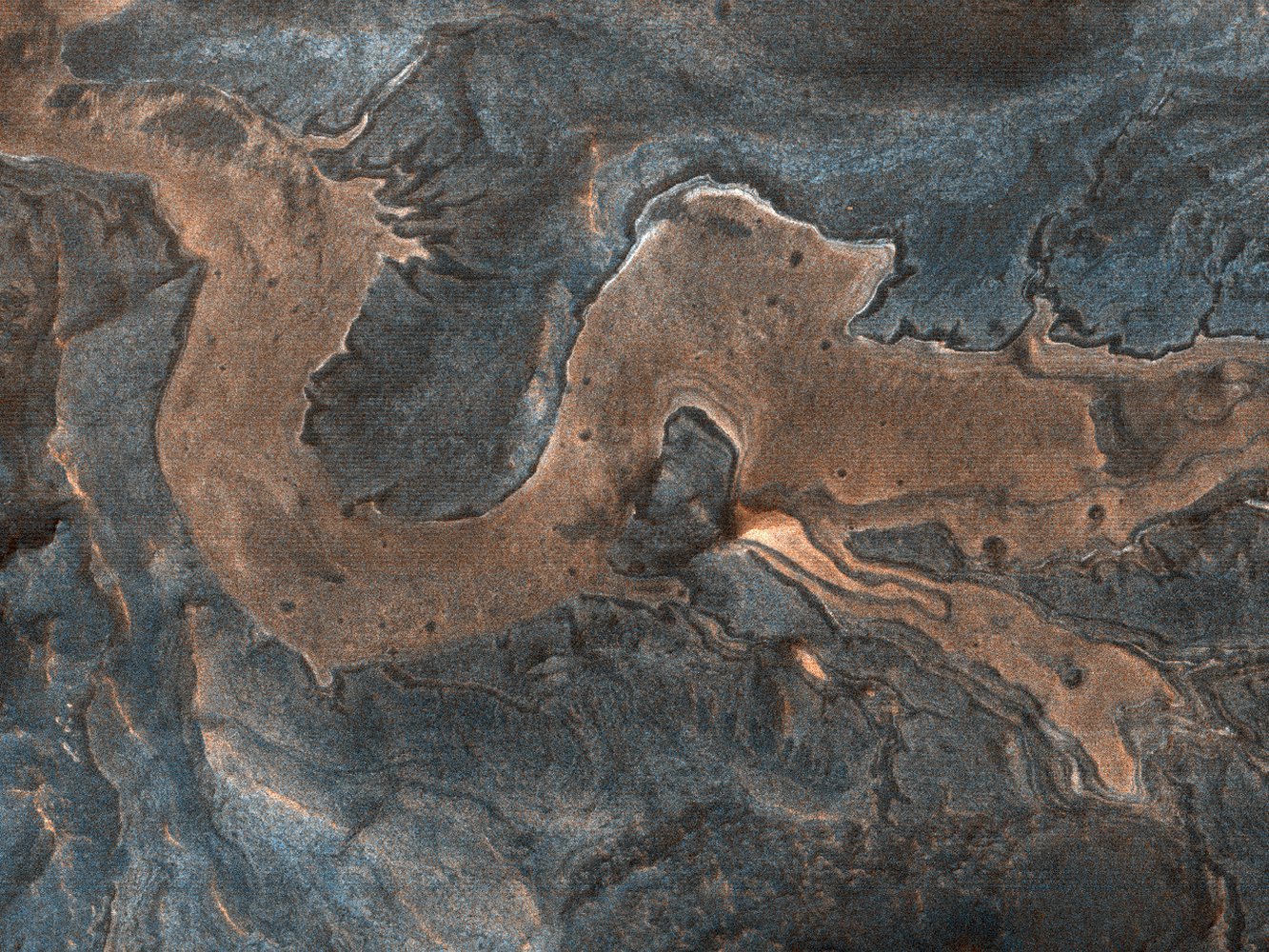 NASA employees shared a picture overlooking the Martian Canyon, the outlines of which resemble the legendary Chinese dragon.

The picture was taken by a HiRise camera installed on the Mars Reconnaissance Orbiter, in 2007, but the mission’s staff “saw” the dragon only now and shared the photo from the right angle on social networks.

Melas Chasma Canyon, shown in the image, is an unusual area, which is considered the deepest point of the Mariner Valley – a giant system of canyons covering a quarter of the equator of the planet.

We rotated this image of light-toned blocky material in southwestern Melas Chasma because from this perspective, it resembles a fabled Chinese dragon.

It is believed that billions of years ago an ancient lake was located at the site of the canyon, and deposits on the surface of the canyon formed after the death of the reservoir. According to another version, the Melas Chasma deposits appeared as a result of exposure to wind or volcanic ash.

Melas Chasma also has a rare rock deposit that looks like light blocks against a dark matrix. Blocks vary in size, but most of them are between 100 and 500 meters wide, according to a University of Arizona blog post.

The canyon was one of eight potential seats for the Perseverance rover, which should begin its journey to the Red Planet in the summer of 2020.

This is not the first unusual image discovered by NASA on the Martian surface. In 2018, the orbiting satellite camera took a picture of a crater resembling a character in the Pac-Man franchise. 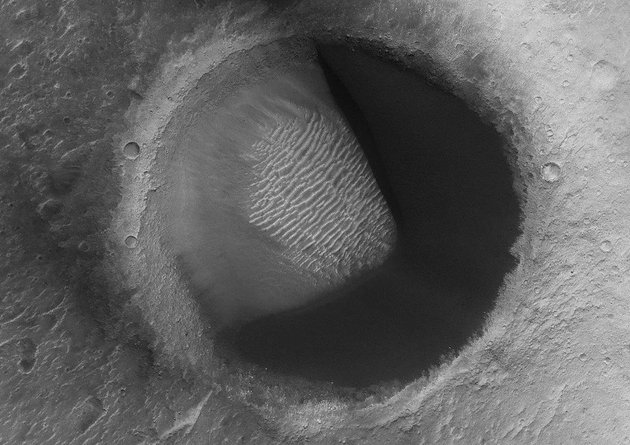 And last year, Mars Reconnaissance Orbiter found a dune in the form of an emblem for Starfleet command from the Star Trek movie franchise. 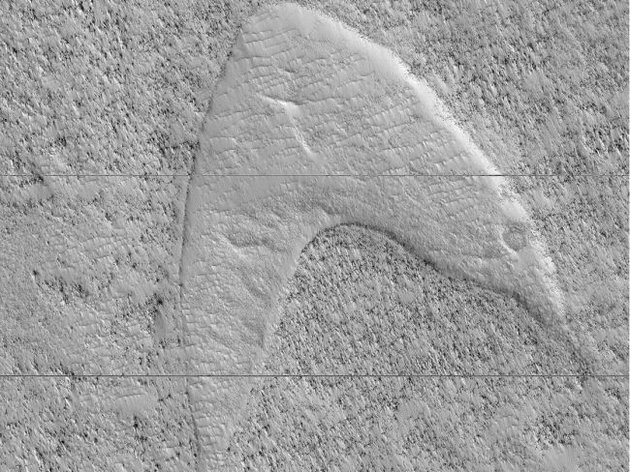