On the surface of the ISS can be extraterrestrial microorganisms 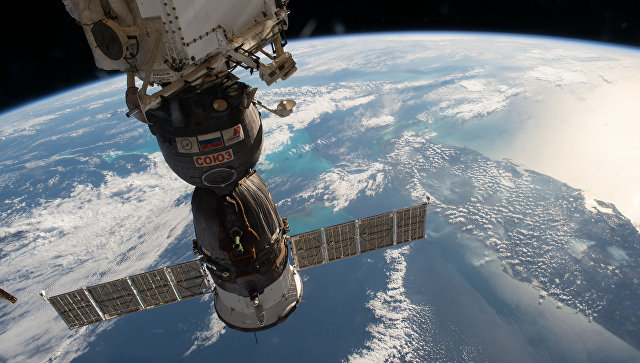 On the outer surface of the International Space Station may be microorganisms that have extraterrestrial origin, told reporters on Friday in the press service of Roskosmos.

“Specialists of TsNIIMash Institute during the space experiment” Test “have established that the surface of the ISS can be a temporary custodian of a biomaterial of extraterrestrial origin, and the station itself is a universal tool for ecosobiological research,” the press service said.

It is noted that the experiment “Test” is being conducted on the ISS since 2010. In total, Russian cosmonauts collected 19 dust samples from the surface of the station during the spacewalks. The samples were delivered to the Earth on a regular basis, which made it possible to constantly receive specifying data on the chemical and biological composition of cosmic dust.

In order to determine the origin of microorganisms on the surface of the station and find out whether they “hit” the station during the assembly of structural elements on Earth or from space, it will take a considerable time, scientists say TsNIIMash.

Analysis of amino acids on the surface of the station is based on an analysis of the ratio of carbon isotopes in their composition – in cosmic origin samples, there is usually more heavy 13C carbon, while in “terrestrial” – 12C.

“However, the task of isotopic analysis is complex, since the samples of the comet material falling on the surface of the ISS are small and the use of standard methods will not give a quick result.” Russian specialists are now working on this task, “the report says.