On the surface of the moon fell “germ” of the planet 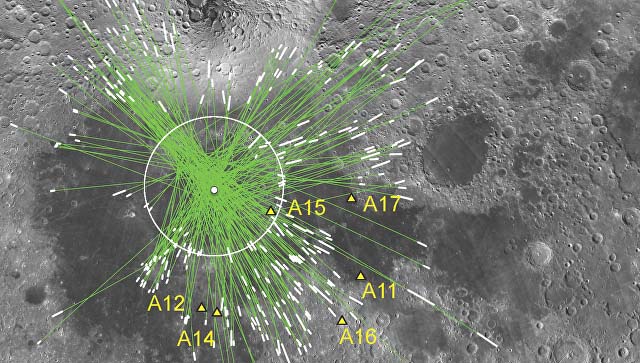 “We showed that sea of Rain was most likely formed as a result of the fall of the super-giant objects, whose size is enough to call it protoplanets. This is the first evaluation of the progenitor of the lunar plains made the geological features that we see on the surface of the moon in the “sea,” said Peter Schultz (Peter Schultz) from brown University (USA).

Schultz and his colleague David Crawford (David Crawford) found that about 3.8 billion years ago the moon fell a small “germ” of the planet with a diameter of 250 kilometers, leaving behind a giant crater with a width of about 1120 kilometers and kilometers of depression, which later became the Sea of Rains. They came to this conclusion after studying almost extinct traces of this catastrophe on the surface of the main satellite.

Today, scientists believe the Moon arose about 4.2 billion years ago as a result of other, more large-scale “cosmic accident” in which her ancestor Theia collided with the Earth. Today scientists believe, a newborn Moon, arising from the remains of this collision, serves as a shield for the Earth in the era of the so-called “late heavy bombardment”, protecting it from drops of large comets and asteroids.

How to tell the scientists, one example of this “shield” is the Sea of Rains is a large dent on the surface of the moon, which was considered after the fall of a large asteroid. Today, among scholars there is no consensus on its size – part believes that its diameter was “only” 50 miles, and others say about its larger dimensions. 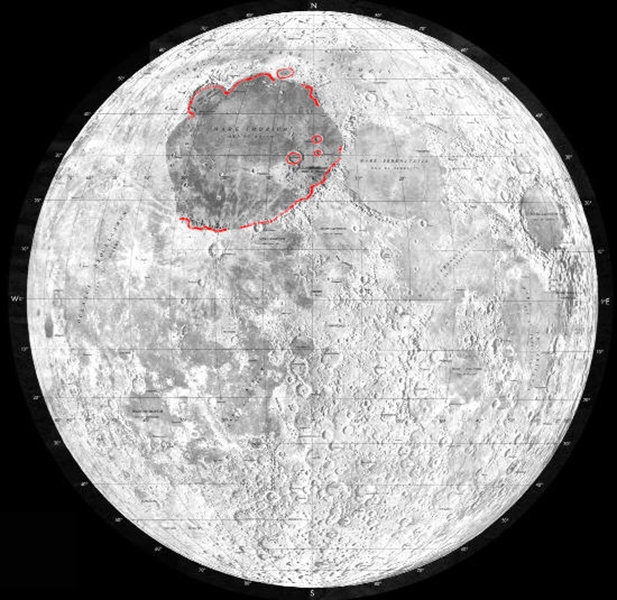 The sea of Rains, caused by the collision of the moon and “the embryo” of a planet in the distant past

Schultz and Crawford tried to clarify these estimates, paying attention to how the edge of this giant crater and trying to reproduce them in a laboratory using man-made mini-analogue moon.

Initially, scientists had a big problem with playback set “double” of cracks around the border of the sea of Rains. Analyzing the results of the “attack” mini-moon, objects of different masses and dimensions, planetary scientists realized that these cracks were drawn from “the shores of the” Sea of Rains not fallen asteroid, and fragments of lunar rocks, which he “knocked out” in the fall.

This realization helped astronomers to develop a precise model describing the formation of the Sea of Rains, and figure out what spawned his object was significantly more than was represented by scientists – its diameter was at least 250 miles, and more likely – more than 300 kilometers. This allows to say that the Moon has experienced in its early history at least two collisions with other planets.

Using the same technique, Schultz and Crawford determined the size of the asteroid that spawned the other two major sea – Moscow and East on the reverse side of the moon. They were much more modest – about 100 and 110 km, but still higher than predicted by simple computer models, only taking into account the size of the crater, but not its elevation.

Scientists believe that a similar mode of formation of craters on the moon may explain the strangeness in the mineral composition of the lunar rocks that were brought back to Earth by the expeditions of the Apollo program. A part from soil samples retrieved by the astronauts in the Sea of Rains, may actually be the remains of another planet, the scientists conclude.

Protoplanet — planetary embryo large in the protoplanetary disk, the last phase of internal melting, which led to the differentiation of the subsoil. I believe that these heavenly bodies were formed from planetesimals of kilometer size, prityagivaya gravity and collide with each other. In accordance with the theory of formation of planets, proto-planet was made of small perturbations in the orbit each other and as a result experienced, gradually forming a large planet.