On the Titan have found mysterious “invisible” clouds 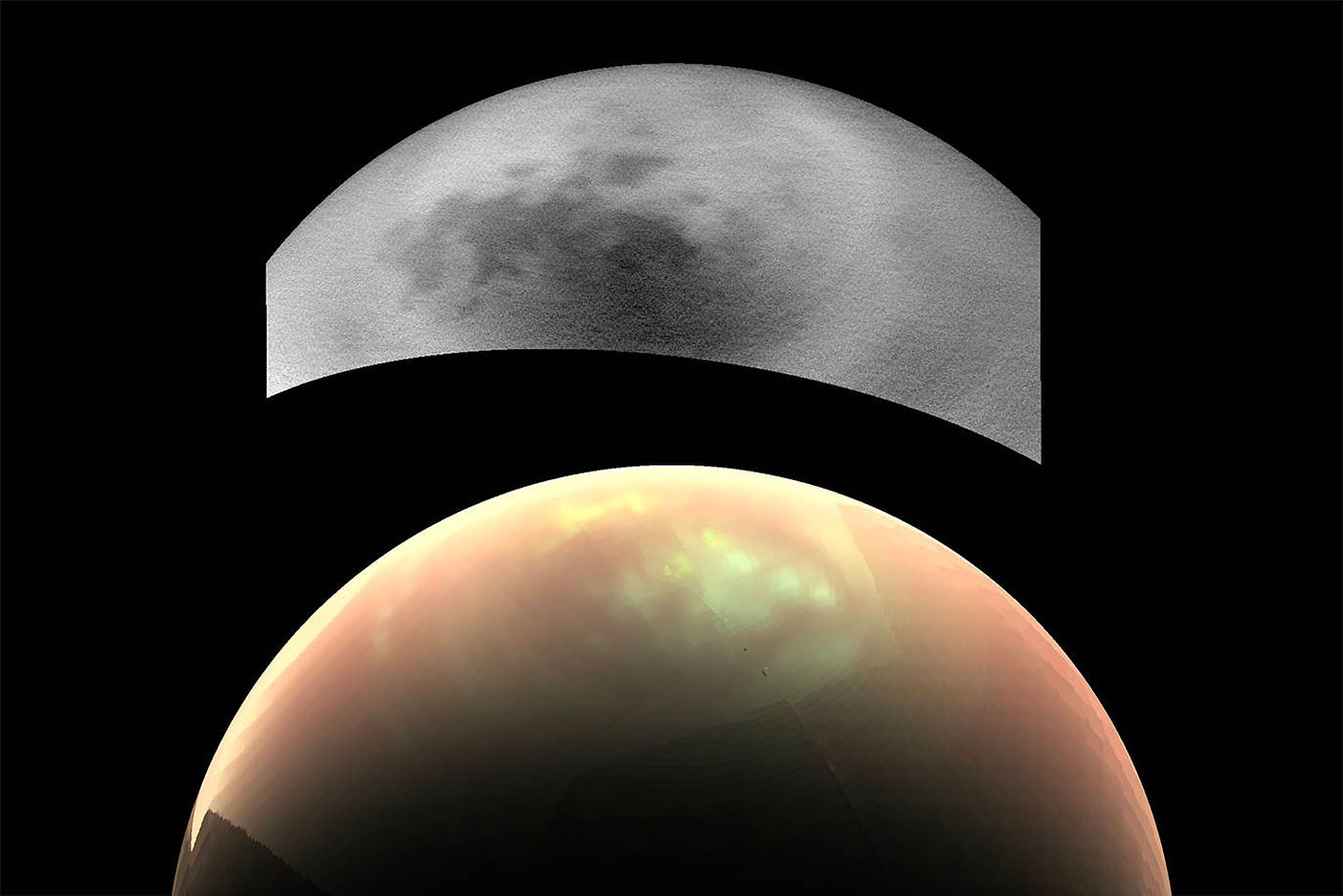 Shooting with two various research tools of the Titan revealed a difference, unclear for scientists, in pictures. On one of them clouds are visible, and they aren’t on the second.

Two photos of the Titan, the natural satellite of Saturn made with a small interval raised before specialists from NASA very serious question. In one of photos clouds are perfectly visible, and on the second there is no hint also on them.

On the upper photo made the Cassini spacecraft there is no hint on clouds. The picture is taken in near infrared area, in the lower picture made in the regular infrared range a large number of clouds is perfectly visible. Even if to consider a difference in length of waves when shooting, overcast on the Titan shall match at least in something in both pictures, however there is no it.

On the Titan the period when in northern latitudes of this satellite of a cloud become more widespread comes. Scientists want to use this time to try to solve a problem of “invisible” clouds.

For creation of photos “Cassini” uses two various tools: scientific subsystem of receipt of images Imaging Science Subsystem (ISS) and visual infrared spectrometer of Visual and Infrared Mapping Spectrometer (VIMS). Shooting of these pair images was made during the 120th round, on June 7 and 8, 2016, with a difference of all in days. On June 7 fulfilled VIMS, and on June 8 — ISS.

At the same time the distance to the Titan was equal in the first case 45 000 kilometers, and in the second 640 000 kilometers. Images of VIMS are usually processed for improvement of visibility of clouds. They don’t render correct color, clouds on them have colors from the companion, pink to white against the background of a greenish surface.