On the West rises the Black Moon 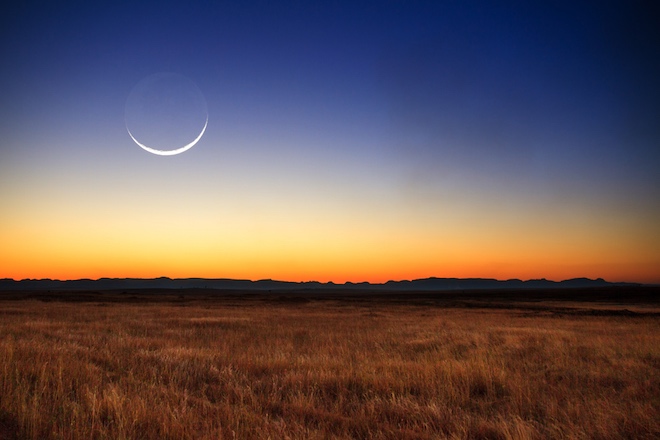 Rare second new moon in one calendar month, also called Black Moon, will happen on September 30. Such astronomical phenomenon last time the inhabitants of the Earth were able to observe in March 2014.

From time to time there is a month that has two new moons. The new moon is the first phase of the lunar cycle when the Moon is located between Earth and the Sun. While facing the us side of the satellite remains unlit, and the reverse is bathed in sunlight. The new moon is the absolute opposite of the full moon, when we see the lunar disk is fully illuminated by the sun behind our planet.

Typically the lunar cycle lasts about a month (the average of 29.53 days — the period known as the synodic month). This September, Friday’s new moon will be the second for the Western hemisphere (the first was September 1). This happens about every 32 months and is called the Black Moon.

At night the Black moon is impossible to see from Earth. This is due to the fact that the Moon in this phase is in the same part of the sky, and the Sun. It rises and sets with him, eclipsing his light. Only a couple of days earlier or later in the sky visible thin Crescent. In exceptional cases, when a New Moon passes directly in front of the Sun, we can observe it in the form of a solar Eclipse.

Interestingly, 30 Sep Black Moon will be “exclusive” to the Western hemisphere. In the Eastern hemisphere the new moon will occur on October 1 and will be the first of the month. Thus, for us the Black Moon rises only 30 of October, when there will be the second in one month the new moon. But for residents of Eastern Asia, Japan, New Zealand and Australia, the event does fall on Halloween — October 31.