On Titan, life could exist 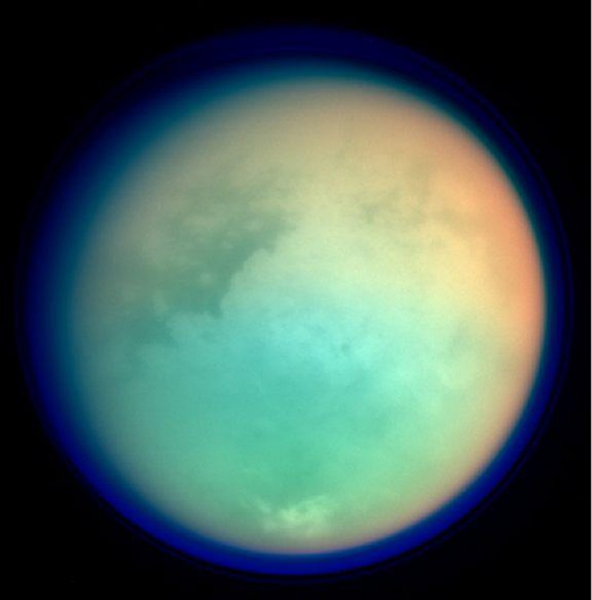 A team of researchers from Cornell University, USA, has built and launched a computer model that demonstrated the prebiotic reactions that can occur on the surface of the largest moon of Saturn Titan – a which indicates the possibility for life forms to develop even in those places where the supports of too low a temperature and thus no liquid water.

In their paper, the researchers describe a model that was created by them in response to discovery (using a “probe ” Huygens”) of the fact that polymers such as polyimid, could be formed spontaneously on the surface of Saturn’s moon.

Currently, scientists in the search for life on extrasolar planets begin to pay more attention to the worlds, on the surface which due to too low temperatures, not the existence of water in liquid form, as in the last time there were a series of chemical reactions that can lead to the emergence of a special type of life forms even in the absence of liquid water.

A promising subject for the study of such processes is Titanium, the surface of which there is a large number of hydrocarbons, and the water is in the solid state deep in the planet.

In the new study, the team of authors led by Martin RAM, Department of chemistry and chemical biology, Cornell University, analyzing the data obtained by European space Agency probe “Huygens found that the surface of Saturn’s moon contains molecule of hydrogen cyanide (HCN), precipitated from the atmosphere with methane or etnovyr the rain.

Members of the team model was built, which demonstrated that the development of molecules of HCN polymers such as polyimide, possible in principle, and in addition, the formed complex molecules are able to absorb solar light at those wavelengths that penetrate the atmosphere of Titan.