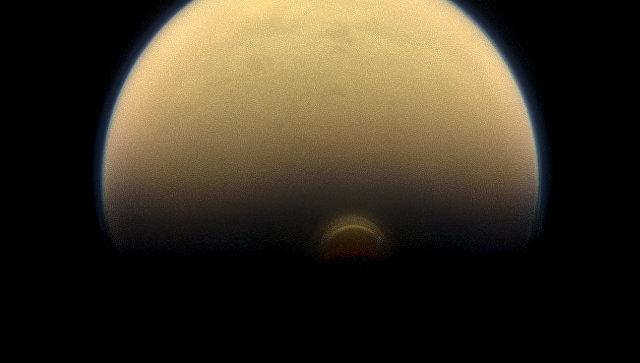 Probe Cassini first saw the South pole of Titan, moon of Saturn, has come full winter, which is accompanied by powerful hurricanes and storms in contrast to the quiet of summer in the Northern hemisphere of the planet. The participants of the mission said at a press conference at the American astronomical society.

Cassini’s long life and frequent visits of the probe to Titan has allowed us to see how the Titan changes as the seasons of the year, and for the first time to see how one season follows another in the most detailed details. We arrived at the Saturn system in mid-winter in the Northern hemisphere of Titan and in the past years have witnessed two changes of seasons on the planet — said Coustenis Athena (Athena Coustenis) of the Paris Observatory (France).

Titan is the largest moon of Saturn, built in 1655 by the Dutch astronomer Christiaan Huygens. In 2005, on the moon’s surface landed with the descent module of Huygens. Delivered camera of the space probe Cassini, which is still continued observations of Saturn, its rings and satellites. In 2006, Cassini discovered lakes of liquid hydrocarbons at the poles of Titan, and in 2011-2012, scientists have found traces of methane rivers and hints at the existence of a subsurface ocean.

Titan is interesting to scientists primarily for its similarities with the Earth. He was the only moons in the Solar system has a dense atmosphere, which also is the closest (in comparison with other Solar system bodies) the composition of the earth’s air. On Titan, as on Earth, there are summer, winter, autumn and spring, which, however, continued for four or five years.

Since Cassini arrived at Titan in the middle of winter in the Northern hemisphere, he has for a long time it was not possible to observe the onset on the planet winter season. She appeared only after 2009, when the moon of Saturn came the day of the equinox and the southern hemisphere is beginning to sink slowly in the winter. 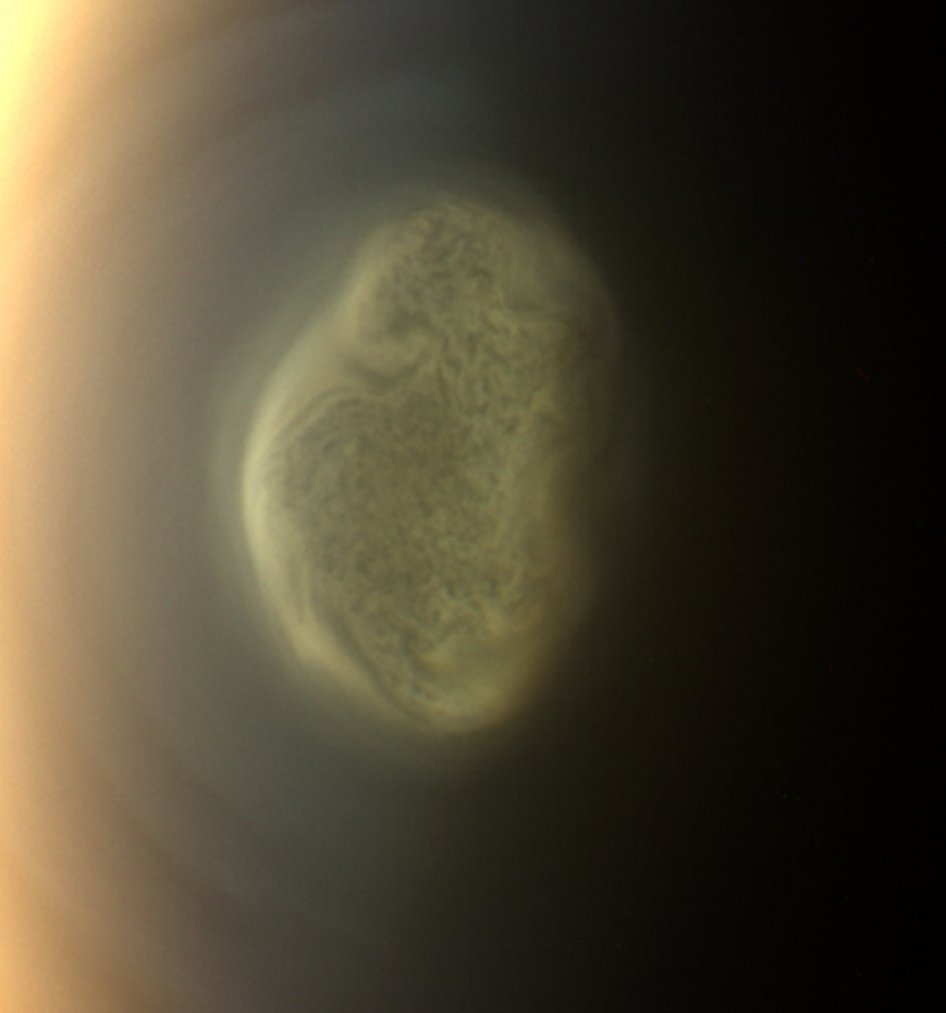 The first signs of winter, Cassini began to notice back in 2012, when the temperature at the South pole and other regions of the southern hemisphere of Titan began to decline sharply. Over the past four years it dropped to 40 degrees Celsius, which was accompanied by a number of curious effects in the Northern and in the southern hemisphere.

For example, the onset of winter, the South pole of Titan has led to a sharp increase in the storms and the emergence of many new vortices, which almost completely covered the polar regions of the Sun.

The onset of the polar night sparked an interesting chemical effects in the atmosphere of Titan in this part of the southern hemisphere started appearing substances – benzene, methylacetylene and other complex hydrocarbons, which scientists had not previously seen on Saturn, as they are often destroyed by UV rays of the sun.

Interestingly, the summer in the Northern hemisphere occurs much slower than winter in the South. According to planetary scientists since 2012 to 2014, the temperature has not varied and only in the last two years in the North, it began to thaw.

We were the first to see how the winter comes with the beginning to the end of this process. Now we are trying to find other molecules at the South pole of Titan, whose existence is predicted by our model. If we find them, we will better understand how light conducting chemistry in this bizarre twin of the Earth, says Coustenis.