On Venus discovered traces of the recent eruption of the volcano 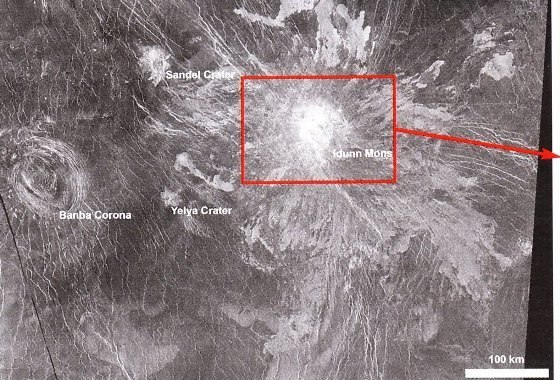 European astronomers announced the discovery of relatively fresh volcanic eruptions on the surface of Venus.

Through the use of new surveillance techniques — combine infrared pictures with the “Venus-Express” and high-quality radar images from the probe Magellan, found out that on the surface of Venus in the vicinity of mount idunn can be active volcanoes.

Now astronomers can study the details of geological structure that have recently emerged in volcanic eruptions on Earth.

Despite the fact that the planet Venus was formed about the same as Earth, in appearance it differs considerably from it. The planet’s atmosphere heat up to 462 degrees Celsius, which it has almost no water, and the surface is covered with volcanoes.

In the atmosphere of Venus can be found high concentrations of sulfuric acid and carbon dioxide.
Perhaps such conditions have been created due to high volcanic activity. They are throwing out lava, “cool” the planet, but doing it infrequently, accumulating an enormous amount of power.

Perhaps through the mountain of idunn and noticed her volcano with a diameter of 200 kilometers of Venus maintains optimal temperature of the planet.