One more star eclipsed by an unknown object is found 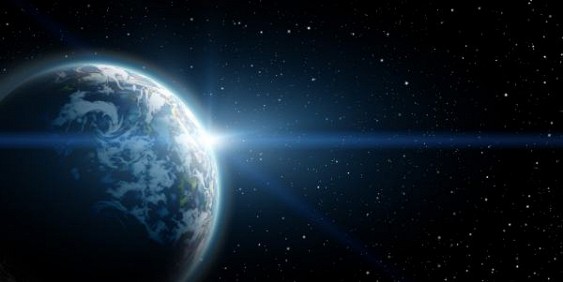 Scientists from California Institute of Technology under the leadership of Trevor David reported about detection of one more star which is eclipsed yet not by the known object. Scientists told about the research in article which is laid out in archive of pre-prints.

A year ago the star of KIC 8462852 in which thanks to data of the Kepler space telescope scientists found the strange failures in a gloss curve drew to itself an attention – the star became sometimes more dim, falling of its gloss can make 22% that even the large planet cannot speak passing before. In a year scientists published a set of works including with exotic explanations of a phenomenon of the star which received the name of Tabbi.

The star of RIK-210 is in so-called OB association of the Scorpion — the Centaur in 472 light years from the Sun. By means of the Kepler telescope it was established that failures in gloss of a star are also big – they reach 15%. However difference from Tabbi is that these eclipses an unknown occur strictly periodically, with an interval of 5,67 days, and these eclipses are synchronized with sobsvtenny rotation of the star.

Spectrometer observations excluded a possibility that the star is eclipsed by the second less bright star, or the so-called brown dwarf, besides, eclipses cannot be caused by an individual globe owing to the fact that eclipses of times from time have the different form and duration. Scientists assume that the most probable cause of darkenings – the cloud is abnormal cold plasma in a magnetosphere, rotating synchronously with the star. However for the answer to this question further observations are required.