One of the newly discovered moons of Jupiter behaves very oddly 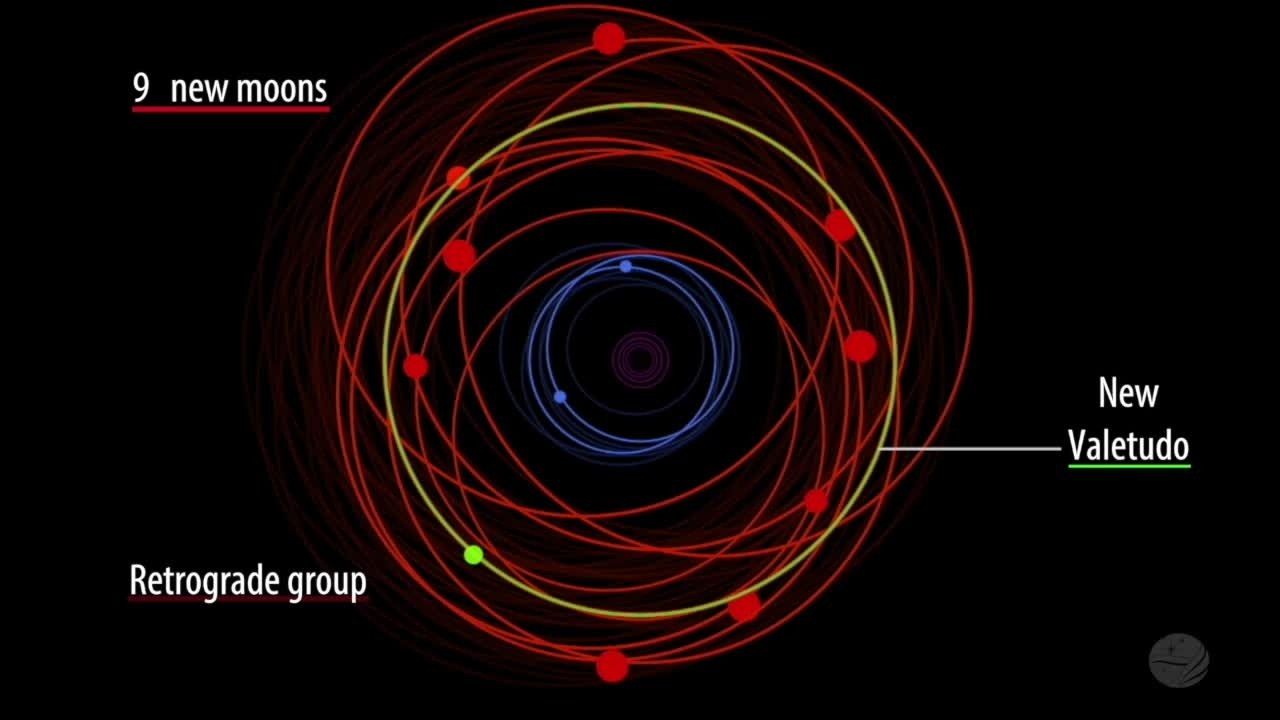 On the sixteenth of July this year, scientists from the Carnegie Institute announced the opening of new satellites from Jupiter. As it turned out, among them there is an outcast.

If we held a beauty contest among the planets of the solar system and would consider their natural satellites a useful skill, Jupiter would definitely have a huge advantage. Of course, he is far from our Moon, according to The Verge, the number of confirmed satellites from the gas giant has already reached 79, in particular thanks to the recently discovered by the International Astronomical Union of twelve of them.

For the first time, “new” moons were discovered along with two others in early 2017 by astronomers from the Carnegie Institution of Sciences who were looking for objects beyond the orbit of Pluto. Compared with other satellites of Jupiter, these moons are very small – their sizes vary from one to three kilometers. According to the data, 12 satellites are divided into two main groups. There are two moons close to the planet and rotating in the same direction with it. There are nine satellites that rotate in the opposite direction. Next to these nine moons is another one, moving at its own pace and, like two satellites closer to Jupiter, it rotates in the same direction as it.

“In fact, it travels along the road in the wrong direction,” says Scott Sheppard, an astronomer at the Carnegie Institution, about the moon, which was named Valetudo. – This is a very unstable situation. In this case, direct collisions can easily occur.

Jupiter has another satellite that rotates in the same direction, but Valletudo is much farther from the planet, so its unusual movement puzzles much more. Sheppard also thinks that this is the smallest of all the moons of a gas giant.

“The only thing we know at the moment is the orbits and approximate sizes,” says Gareth Willius, director of the Center for Small Planets of the International Astronomical Union.

Sheppard also added that these moons can be the remains of objects from the early solar system:

“Watching these outer moons, we can get an idea of ​​what the objects looked like, which eventually formed into the planets that we see today.”