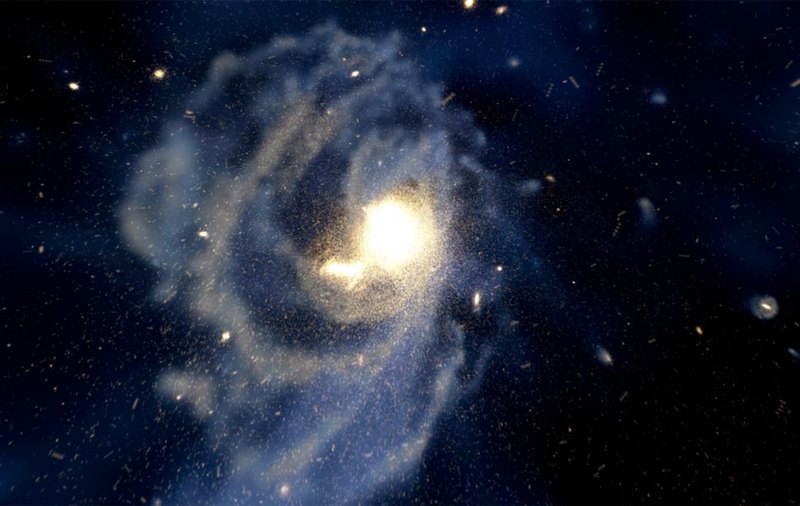 In a new study, scientists discovered that one of the stars of the Big Bucket asterism may originate from a dwarf galaxy that, in the distant past, collided with the Milky Way.

We are talking about the star J1124 + 4535, which is located in the Big Dipper in the constellation Ursa Major and was discovered in 2015 with the help of the Big multipurpose spectroscope for observing vast areas of the sky (LAMOST) in China. Later, in 2017, the Japanese Subaru telescope received images of a star in high resolution.

As observations have shown, the star contains in small quantities metals such as magnesium, however, it has unexpectedly high levels of europium, unique in comparison with other stars of the Milky Way. The composition of the stars reflects the composition of the gas-dust clouds from which they were formed, and usually the neighboring stars have a similar composition: the difference between J1124 + 4535 and other stars allowed scientists to assume that it was formed in a different place.

In previous studies, it was discovered that in the past, the Milky Way has encountered and absorbed smaller galaxies. The same low metallicity stars, like J1124 + 4535, are widely distributed in dwarf galaxies orbiting our galaxy now. Thus, the researchers suggested that J1124 + 4535 was born in one of these dwarf galaxies, which in the distant past collided in the Milky Way.