One speck of dust can disable the satellite 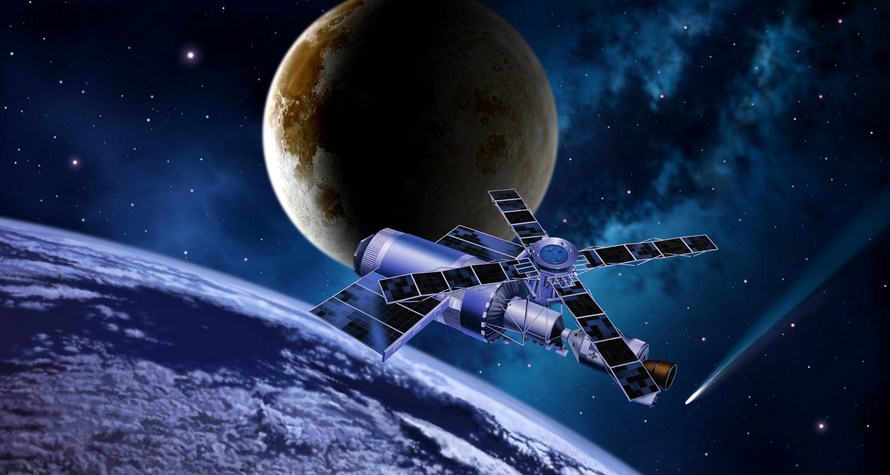 Space satellites and probes can fail even in collisions with minute dust particles, since their evaporation generates miniature plasma clouds, inside of which powerful electromagnetic waves are generated, according to an article published in the journal Physics of Plasmas.

“More than half of the electronic and electrical malfunctions on board satellites remain unexplained due to the fact that it is extremely difficult to diagnose in orbit, especially if the probe fails.” We believe that at least some of these unexplained failures are related to this mechanism, “he said. Alex Fletcher (Alex Fletcher) from Boston University (USA).

When a man first walked out of the earth’s atmosphere and penetrated into outer space, scientists and engineers were faced with the problem of protecting equipment from high-energy cosmic rays, powerful bursts of electromagnetic radiation and other phenomena that could damage electronics or seriously disrupt its operation.

In most cases, such failures do not lead to serious consequences, but in some cases, in combination with design errors or with random factors, they can lead to catastrophe and probe loss. For example, the Russian interplanetary station “Phobos-Grunt” went out of operation, still not leaving the Earth’s orbit, due to the restart of computers at a critical time after the “successful” hit in them of cosmic rays.

Fletcher and his colleague Sigrid Close (Sigrid Close) from Stanford University (USA) found one possible reason for the appearance of similar rays and similar effects, studying what happens to spacecraft during the flight.

According to Fletcher, dust particles have long been considered a big threat to spacecraft. Collision with them at high speed can cause great damage to the skin and the scientific instruments of the probes. For example, in 2011, NASA engineers seriously feared that meeting with such particles would lead to the destruction of the probe New Horizons when approaching Pluto.

“For the past several decades, we have studied these” hypersonic “collisions and have long noticed that such events produce bursts of radiation if the particles move fast enough.No one knew why it occurs, where it comes from and what physical mechanism it generates,” continues Fletcher .

Studying the results of such experiments, Klose and Fletcher assumed that the source of these flares could be the plasma produced by the evaporation of the particle when it collided with the hull of the ship or probe. They tested the theory, creating a computer model of this collision.

It turned out that flashes occur for a very simple reason – in the emptiness of space, light electrons move faster than heavy ions. Due to this, the dust particle, colliding with the skin of the probe, will turn into a plasma cloud and split into two parts – a cloud of “fast” electrons and a cloud of “slow” ions. The interaction between them will generate powerful electromagnetic waves, which scientists are able to cause serious malfunctions in the electronic filling of probes.

In the near future, Fletcher and Klose plan to conduct more detailed and lengthy simulations that will help to assess how often such events occur and what real threat they bring to the life of spacecraft. If the suspicions of physicists are confirmed, many inexplicable cosmic catastrophes of the past can suddenly find an explanation in similar fatal clashes with dust particles.