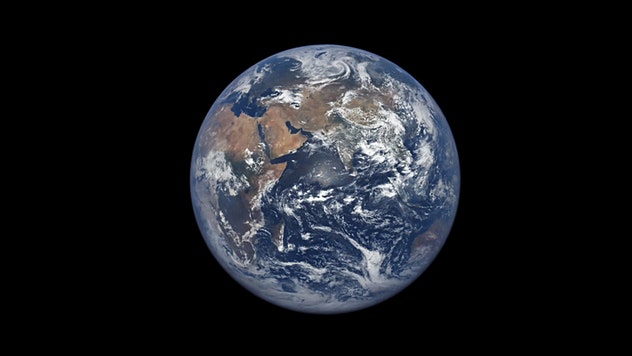 The EPIC on board the NASA’s Deep Space Observatory takes pictures of the Earth every two hours. The scientists of the mission under the leadership of Jay Herman combined 3,000 pictures, made by EPIC, in the time-lapse video. The video shows the whole year of our planet’s life – from July 2015 to July 2016.

The earth rotates, and each continent gets its share of sunlight. Happening storms, snowfalls, even an eclipse occurred – a dark shadow that ran through the planet in March 2016.

The Climatic Observatory of Deep Space is a joint project of NASA and the US Air Force, which was launched on February 11, 2015. The device monitors space weather – solar wind and coronal mass ejections – and the earth’s atmosphere.