Open access to the largest catalogue of the starry sky 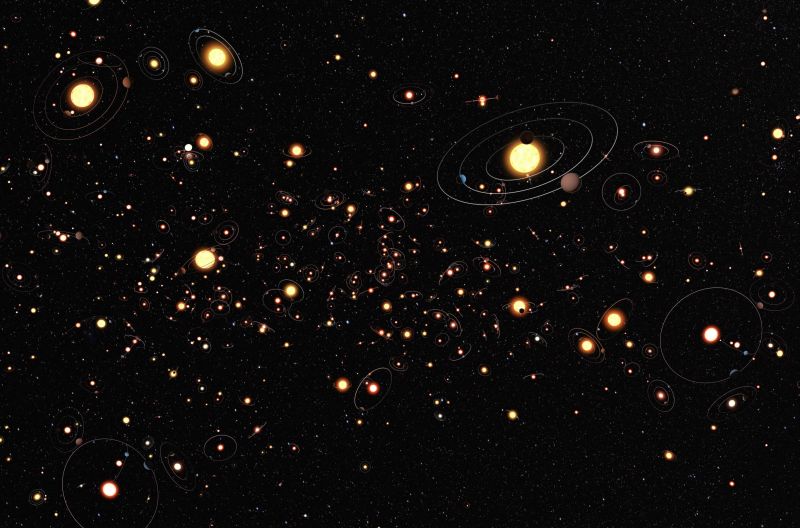 The catalog includes information about the stars, located at a distance of 325 light-years from Earth. Data were obtained during the work of the Keck Observatory in Hawaii and cover 18-year history of observations. During this time there were about 61 thousand measurements ranging from 30 seconds to 20 minutes.

The results of the latest observations, scientists have discovered more than 100 stars, around which can rotate exoplanets. Clear data will allow further analysis. The discovery was made using high-frequency an echelle spectrometer HIRES, which is mounted on a 10-meter telescope at the Observatory.

It is known that one unknown exoplanet revolves around a red dwarf star GJ 411 — fourth of the star farthest from the Sun. According to the authors, the exoplanet has a short orbit: a year on it lasts less than ten days. It is expected that widespread access to data will help clarify the specifics of the other celestial bodies.

Data are available on the website of the Department of terrestrial magnetism of the Carnegie institution. In addition, a free access to a software for their processing and online manual.

Earlier, the international team of scientists has opened access to the largest General catalog of astronomical objects. The list includes information on more than 800 thousands of galaxies with low and intermediate redshift (from 0.007 to 0.6). In the future, the directory is planned to expand at the expense of replenishment and deepening the base.